Perovskite Solar Cells Get An Upgrade 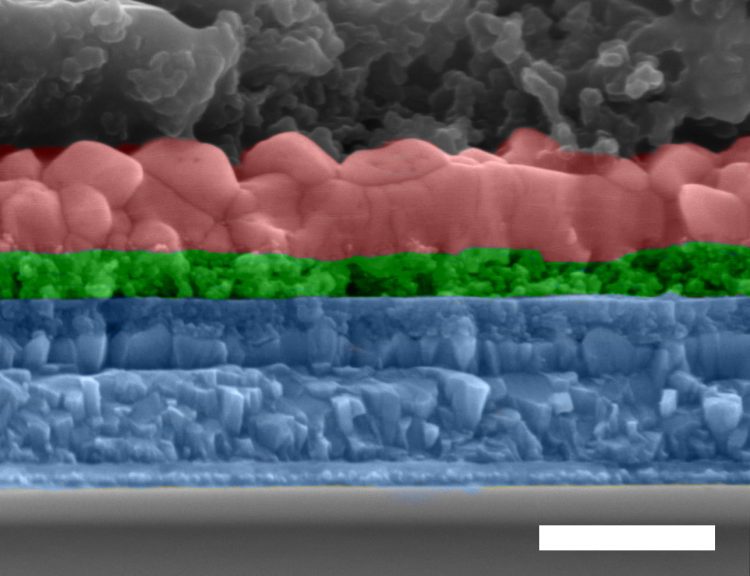 Through the strategic use of the element indium to replace some of the lead in perovskites, Rice materials scientist Jun Lou and his colleagues at the Brown School of Engineering say they’re better able to engineer the defects in cesium-lead-iodide solar cells that affect the compound’s band gap, a critical property in solar cell efficiency.

As a side benefit, the lab’s newly formulated cells can be made in open air and last for months rather than days with a solar conversion efficiency slightly above 12%.

Perovskites are crystals with cubelike lattices that are known to be efficient light harvesters, but the materials tend to be stressed by light, humidity and heat.

Not the Rice perovskites, Lou said.

“From our perspective, this is something new and I think it represents an important breakthrough,” he said. “This is different from the traditional, mainstream perovskites people have been talking about for 10 years — the inorganic-organic hybrids that give you the highest efficiency so far recorded, about 25%. But the issue with that type of material is its instability.

“Engineers are developing capping layers and things to protect those precious, sensitive materials from the environment,” Lou said. “But it’s hard to make a difference with the intrinsically unstable materials themselves. That’s why we set out to do something different.”

Rice postdoctoral researcher and lead author Jia Liang and his team built and tested perovskite solar cells of inorganic cesium, lead and iodide, the very cells that tend to fail quickly due to defects. But by adding bromine and indium, the researchers were able to quash defects in the material, raising the efficiency above 12% and the voltage to 1.20 volts.

As a bonus, the material proved to be exceptionally stable. The cells were prepared in ambient conditions, standing up to Houston’s high humidity, and encapsulated cells remained stable in air for more than two months, far better than the few days that plain cesium-lead-iodide cells lasted.

“The highest efficiency for this material may be about 20%, and if we can get there, this can be a commercial product,” Liang said. “It has advantages over silicon-based solar cells because synthesis is very cheap, it’s solution-based and easy to scale up. Basically, you just spread it on a substrate, let it dry out, and you have your solar cell.”

The Peter M. and Ruth L. Nicholas Postdoctoral Fellowship in Nanotechnology, the Welch Foundation, the China Scholarship Council and the National Science Foundation supported the research.