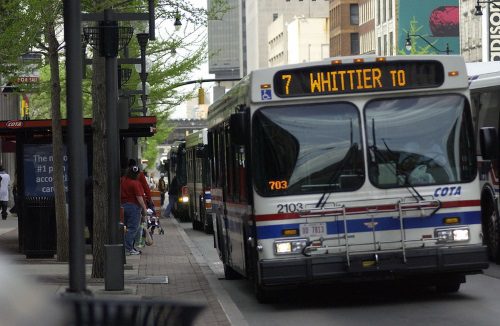 As reported by the AASHTO Journal: https://aashtojournal.org on November 4, 2019 - in News, Transit, Transportation

On October 28 the Ohio Department of Transportation officially released $105 million in grant money to fund public transportation agencies across the state; with nearly $70 million of that money coming from the state general revenue fund.

Those funds were approved by the Ohio General Assembly in the most recent two-year state transportation budget and they do not come from funds generated by the state motor fuel tax.

“Public transit is an important mode of transportation for getting Ohioans where they need to go,” said Jack Marchbanks, director of the Ohio DOT, in a statement. “These funds will help dozens of local transit agencies provide safe and reliable transportation for many Ohioans.”

The Ohio DOT also noted that an additional $35 million of Federal Transit Administration funding is being awarded to support the operation of Ohio’s 38 rural transit systems.

In addition to those grants, this round of state transit funding provides service hours and route expansions to address workforce development initiatives for those needing transportation for job training, new employment, or re-entry into the job market.

“This unprecedented support for public transportation allows both ODOT and public transit agencies to leverage federal grant dollars along with state funds to provide reduced fares to seniors and individuals with disabilities,” noted Chuck Dyer, administrator of the Ohio DOT Office of Transit.

Meanwhile, Governor Mike DeWine (R) officially reauthorized the DriveOhio “smart mobility” center to remain in operation via an executive order on October 25. DriveOhio focuses on improving roadway safety, the development of autonomous vehicles, plus aerial drone testing/deployment and it reports directly to the Ohio DOT.

The governor’s order also mandated that DriveOhio prepare a safety report each year detailing the safety projects it develops; providing periodic updates on the progress of those programs as necessary.