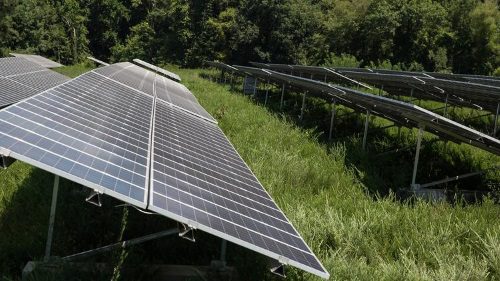 As reported by the AASHTO Journal: https://aashtojournal.org on November 4, 2019 - in Energy, News, Renewables

The Minnesota Department of Transportation officially inaugurated two 25-year agreements October 25 to purchase a total of 7.4 million kilowatt-hours annually from 23 soon-to-be-built community “solar gardens” located throughout the state; equivalent to approximately 24 percent of the agency’s total annual electricity use.

“The Minnesota Department of Transportation is pursuing solar energy to reduce greenhouse gas emissions, save money and support the health of people, the environment and our economy in Minnesota,” said Commissioner Margaret Anderson Kelliher said in a statement.

“These community solar garden subscriptions are moving us in the right direction toward our sustainability goals,” she added.

The agreements were a result of the agency’s recent request for proposals to receive community solar garden power for its facilities and operations serviced by Xcel Energy.

The agency added that “community solar” allows businesses, public entities, and residents to benefit from solar-generated power even if their home or building cannot generate solar power on-site. Customers can subscribe to a community solar garden and receive a credit on their utility bill for their amount of subscribed energy produced each month by the solar garden, the Minnesota DOT noted.