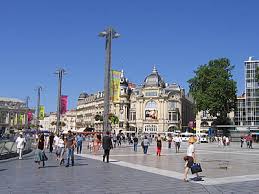 IBM and the Montpellier District of France signed an agreement to create an urban living laboratory to design new urban services for residents and support the economic development goals of local leaders.

The urban laboratory will initially focus on improving information sharing within the district, improving water management, transportation, emergency management and mobile commerce in Montpellier’s EcoCité zone, an area that will serve as a living laboratory where these technologies can be piloted among local agencies, business and residents. Together IBM and the Universities of Montpellier 1 and 2, and IDATE, an institute focused on the digital economy, will collect and analyze data and create an open platform to openly share data.

“People are at the heart of creating smarter cities and the city of tomorrow will be shaped by combining human intelligence, business expertise and urban services,” said Jean-Pierre Moure, Montpellier Agglomération President. “We plan to position Montpellier as a metropolis with a pan-European and international dimension. We must rise to our full potential in partnership with other stakeholders such as IBM, the Montpellier universities and local business.”

At the heart of the project is an intelligent dashboard from IBM that provides visibility into information from across the district, allowing massive amounts of data to be accessed and shared in new ways. The technology is hosted in the first public cloud data center in IBM France. The cloud-based technology will be used to access information across all city agencies and departments to make smarter decisions, to establish patterns in order to anticipate problems, and minimize the impact of disruptions to city services and operations. In the future, the open data platform will be accessible by regional business interested in creating new services.

“The Montpellier District is creating a platform for open innovation upon which to build a Smarter City,” said Sylvie Spalmacin-Roma, vice president, IBM Smarter Cities Europe. “The EcoCite’ project is a great example of how a city with vision and strong leadership is preparing for the future and becoming more economically competitive, making Montpellier a better place to live.”