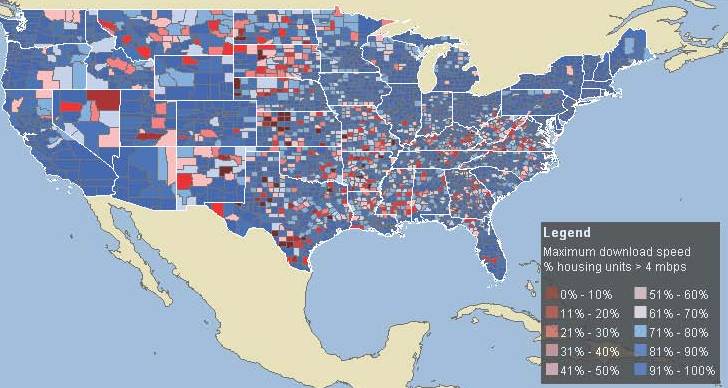 “Demand for always-on, high-speed network access is growing at an unprecedented pace in the public and private sectors alike,” says Brian R. Mefford, chief executive officer of CNX and founder of Connected Nation. “The market needs new ways to bring together those who own a wide array of assets that can support the expansion of broadband services.”

Connected Nation will present CNX in its session, “Asset Mapping in Support of Broadband Expansion,” on Tuesday, July 9, 2013, at 10:15 a.m. at the San Diego Marriott Marquis & Marina, Marina—Salon E.

About Esri
Since 1969, Esri has been giving customers around the world the power to think and plan geographically. The market leader in GIS, Esri software is used in more than 300,000 organizations worldwide including each of the 200 largest cities in the United States, most national governments, more than two-thirds of Fortune 500 companies, and more than 7,000 colleges and universities. Esri applications, running on more than one million desktops and thousands of Web and enterprise servers, provide the backbone for the world’s mapping and spatial analysis. Esri is the only vendor that provides complete technical solutions for desktop, mobile, server, and Internet platforms. Visit us at www.esri.com.