Declaration of the Helsinki Impact Conference: Helsinki, Tallinn and Stockholm spur the solving of global challenges 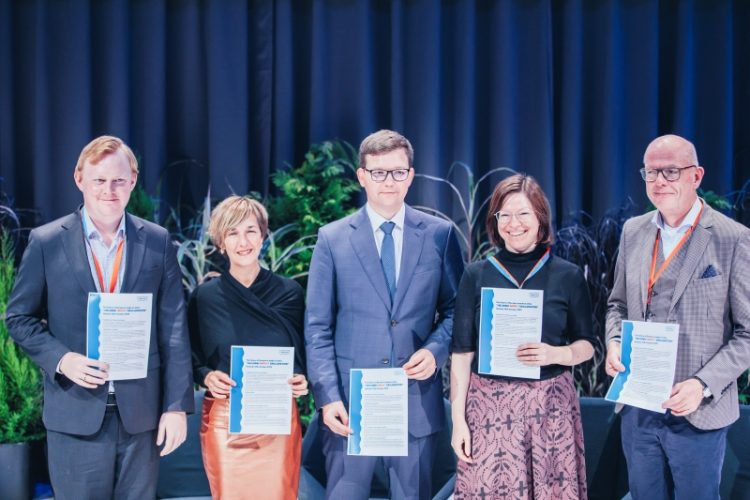 Helsinki invited other cities and collaboration partners to take systemic and rapid actions in solving global challenges. The joint declaration was signed on 10 October 2019 in Helsinki as a conclusion to the Helsinki Impact Conference.

During the two-day Helsinki Impact Conference, policy makers, urban planners and researchers of the cities discussed the role of the cities in the future.

As a result of the conference, the leaders of Helsinki, Stockholm and Tallinn, as well as the European collaboration networks for cities and metropolitan areas EUROCITIES and Metrex signed a declaration, in which they commit to advancing a solution to global challenges.

“The cooperation between cities and learning from each other is indispensable, when we want to find solutions to burning issues. The pace both in the climate actions and in the construction of socially equitable cities must be stepped up from what it has been thus far”, emphasised Deputy Mayor Anni Sinnemäki, who signed the declaration on behalf of the City of Helsinki.

In the declaration, the signatories commit to advancing:

In the declaration, the signatories also highlight the need for a more ambitious EU Urban Agenda.

“It is great that our city partners have joined Helsinki in conveying the message to the European stages that the significance and financing of urban policy must increase during the European Union’s next funding period”, rejoices Sinnemäki.

The discussions and moods of Helsinki Impact Conference can be recalled on the web: hel.fi/hic2019.
Video recordings of both days are up on the site.

Link to the declaration:
The future of Europe is made in cities – Helsinki Impact Declaration, Helsinki 10th October 2019