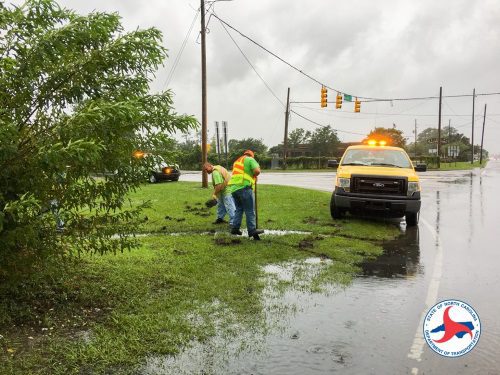 As reported by the AASHTO Journal: https://aashtojournal.org on October 8, 2019 - in Financial, News

The North Carolina Department of Transportation began distributing more than $147.5 million in State Street-Aid to Municipalities on September 27, also known as the Powell Bill fund, to 508 cities and towns across the state.

[Above photo by the NCDOT.]

The agency made an initial allocation of almost $73.8 million and plans a second allocation of the same amount by December 31 this year.

The fund is named for Junius K. Powell, a former state senator and mayor of Whiteville, N.C., who served as the primary sponsor of the 1951 bill that bears his name to help the state’s cities fix urban road problems.

NCDOT added that Powell Bill funds are primarily used for the resurfacing of streets within the corporate limits of the municipality, but can also help pay for construction, improvements, repairs and maintenance of any street or public thoroughfare, including bridges, drainage systems, and curb and gutter, as well as the planning, construction and maintenance of bikeways, greenways or sidewalks.

The amount each municipality receives from the fund is based on a formula set by the N.C. General Assembly, with 75 percent of it based on population and 25 percent based on the number of locally maintained street miles.

This year, NCDOT said that breaks down to $110.7 million for population and $36.8 million based on street miles. Based on those categories, that is $19.35 per person and just over $1,590 per mile, the agency added.