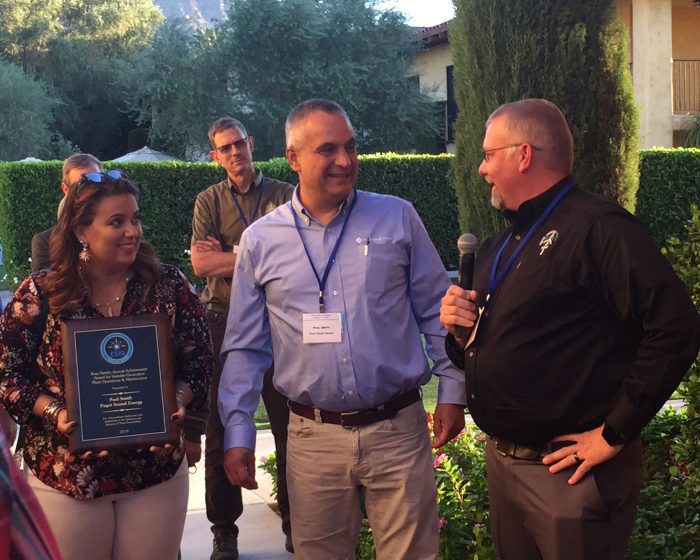 Paul Smith, wind plant manager at Puget Sound Energy has been awarded the 2019 Ross Newlin Achievement Award, given by the Energy Systems Integration Group (ESIG) for his ongoing contributions in leading advancement efforts of the technical and operations sectors of the renewable energy industry.

“Ross Newlin helped construct the Operations and Maintenance Users Group which continues to prosper thanks to dedicated members like Paul,” said Bjorn Hedges, ESIG Operations and Maintenance Users Group Chair. “Throughout his career, Paul has continuously shown the values in which our group was founded.  ESIG is thankful for his leadership throughout the community and his continuing impact on the industry.”

Smith, a graduate from Laney Technical College, has more than 38 years of experience in the wind industry. He has served as wind plant manager at the Hopkins Ridge and Lower Snake River Wind Facilities for Puget Sound Energy, for 14 years. In his role as plant manager, Smith is responsible for maintaining the safety and overall operations of the largest wind plant in the state of Washington. In addition, he currently serves as a co-chair on both ESIG Operations and Maintenance Users Group’s Siemens and Balance of Plant Roundtables.