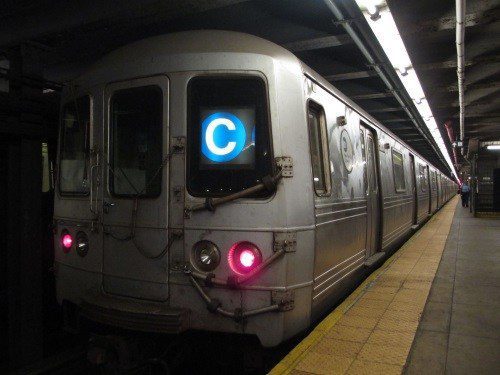 As reported by the AASHTO Journal: https://aashtojournal.org on September 10, 2019 - in News, Transit, Transportation

A new study compiled by the American Public Transportation Association highlights the rising number of “late-shift” workers on night and weekend shifts, and the study says those weekend late-shift workers tend to suffer from “inadequate access” to public transit services.

In particular, the food service, health care, construction, education and finance industries entertain “high projected growth rates” for late-shift work over the next seven years, yet a lack of late-shift transit options can prevent many from accessing better job opportunities while also increasing turnover and absenteeism rates for employers.

According to the group’s 56-page report – Supporting Late-Shift Workers: Their Transportation Needs and the Economy – late-shift workers in metropolitan statistical areas or MSAs are 40 percent less likely to commute via public transit due to inadequate service, with many more likely to use their personal vehicles or rideshare services such as Uber and Lyft to travel to their jobs.

APTA’s research said one potential key to changing that trend is improving the “state-of-good-repair” for transit systems while shrinking the backlog of deferred maintenance as “overall investment in transit infrastructure gives transit agencies more flexibility in their hours of service.”

And that backlog is not small. According to the U.S. Department of Transportation’s 2015 Conditions and Performance Report, there is a $90 billion backlog for transit capital projects.

Yet a recent APTA poll found that 77 percent of commuters view public transit as the “backbone” of a lifestyle that connects them to ride-hailing services, such as Uber and Lyft, scooters, bicycles, and car-sharing services. And demand for public transit is growing: Over the last 23 years, ridership grew by 27 percent – surpassing the 23 percent growth in the U.S. population.

“Roads, railroads, waterways, and airports move goods and people more efficiently when they work together, offering more transport options for trips that can vary widely in terms of time and distance,” noted Jim Tymon, executive director of the American Association of state Highway and Transportation Officials, in a recent op-ed co-authored Paul Skoutelas, APTA’s president and CEO.

“Public transit is a key facet in that transportation matrix, as it offers multiple local and regional travel options that don’t require the use of a personal vehicle. It is increasingly being viewed as ‘regional mobility manager’ by many consumers,” he explained.

And that includes the transportation demand coming from late-night “off peak” commuters as well.

“More and more often, we are hearing from our area’s largest employers – hospitals, financial institutions and companies that have employees who don’t work the usual 9-to-5 – about the need for access to high-quality, around-the-clock transit service,” said Katharine Kelleman, CEO of Port Authority of Allegheny County, in a statement.

State DOTs are also spending more on transit operations, providing more than $19 billion in transit funding in fiscal year 2017, while federal funds totaled nearly $12 billion. On top of that, 25 states and the District of Columbia increased their public transit funding in FY 2017 by a total of $1.1 billion over FY 2016 levels; a key indicator of how state DOTs are bolstering support for public transit operations and capital projects alike; boosting public transportation options across both urban and rural communities.

“As we continue to upgrade and modernize our public transit systems with an eye to the future, we can’t afford to leave behind one of America’s fastest growing areas of the workforce,” added APTA’s Skoutelas.

“Innovation will drive new partnerships, and increased infrastructure investment will see public transit systems leading the way with increased ridership and enhanced operations during the late-shift, as well as during more traditional hours,” he said.