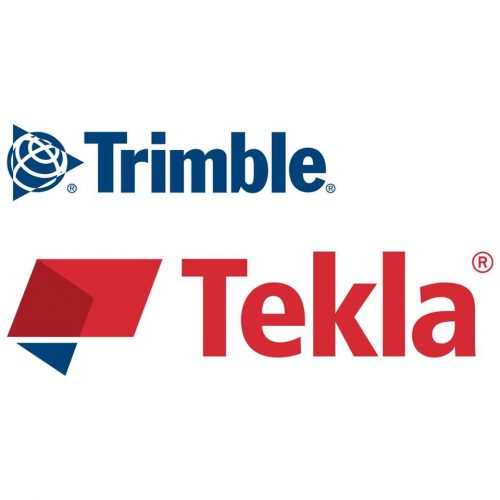 Trimble has selected the 2019 winners of the Tekla BIM Awards.

Escondido Village Graduate Residences is a collection of four residence halls of Type I construction, that range from 10, 8 and 6 stories providing 2,434 beds. Today, Stanford only houses about 55 percent of its 9,000 graduate students in on-campus housing. When complete, Stanford estimates the project will increase its on-campus graduate housing rate to approximately 75 percent.

This project had challenges that were overcome by the use of Tekla Model Sharing. First, managing the scale of this project and the repeatability between buildings required everything to be within one model. Without being able to sync just changes, the model size would have been too large to work efficiently. Secondly, with over 3,000 unique cast units, which required offshore resources, required important coordination and communication. Tekla model sharing enabled multiple people to work on the model at the same time all while staying on the same page.

Instead of the traditional center-core high-rise for its new skyline-defining tech center another design was proposed. It included open, Google-like spaces for creative employee collaboration with a center core would cut through the open spaces. To do so, the core to the 19th Street side of the tower’s footprint shifted – what structural engineers call an “eccentric” or “off-center” core. That opened the office floors on the eastern side of the tower. Not only was it insisted on having an off-center core, it went one step further. It designed a split off-center core, or an off-center core divided into two parts. This is, conceptually, two concrete boxes running vertically up the building for stability. To stiffen the top floors, which were the most susceptible to powerful wind factors, an engineer team incorporated “chevron braces” on the hotel complex’s east and west sides. The engineering team buried the A-shaped steel braces between hotel rooms so they are not seen or noticed. They are stacked on the east and west sides of the hotel, one brace on top of another. Blasetti’s team also allocated space for five “tuned sloshing dampers” in the ceiling of the 57th floor, below the hotel sky lobby at the top of the building. The five dampers – holding 125,000 gallons of water – will act as a countervailing force when the tower sways in the wind. They will be hidden in compartments in the ceiling.

Thanks to the intelligent approach of BIM coordination, steel detailers were able to anticipate any problems ahead of time by using lightning-speed import/export of reference models exchange with other trades using the Tekla Structures software environment. They used a fragmenting approach to speed up the fabrication process, dividing the structure into separate models that could be detailed simultaneously ahead of time. All other trades based their coordinative models on the main Tekla Model used by the detailers.

Top of the World Summit, Whistler Mountain A new and thrilling attraction graces the Top of the World Summit of Whistler Mountain. The Cloudraker SkyBridge and Raven’s Eye Cliffwalk is a new 130 meter long steel pedestrian suspension bridge leading to a cantilevered viewing platform, anchored into rock and projecting 12.5 meters out from the mountain’s edge. At more than 2,100 meters above sea level, it is thought to be the highest pedestrian bridge in North America, and offers access to spectacular 360 degree views of the Whistler Valley and surrounding mountain peaks. Visitors can literally walk in the clouds.

This design-build project was an impressive feat of engineering and construction. The structures are designed for year-round operation for pedestrian, snow, ice, wind and seismic loading. The SkyBridge is supported and stabilized by four steel cables, each with an ultimate capacity of over 2250 kN (500,000 pounds) and fixed to the mountain at each end by 14 steel grouted bedrock anchors. Both structures have open grate steel decking and the main bridge has 101 removable deck modules to allow for decommissioning and maintenance in the off-season. The Cliffwalk is supported on 4 main steel beams that are held in place with six vertical rock anchors. The beams each weigh over 2300 kg (5,000 pounds) and were flown into place with a Kaman K-Max dual rotor helicopter until the anchor nuts were installed!

This project consists of 4 towers and is located in Mexico City, Mexico. Initially, upon receiving the project, Grupo Baysa had the opportunity to present a value engineering study that represented an economic and manufacturing advantage, benefiting the client, the manufacturer and the project in general.

The value engineering proposal was accepted.

Located in downtown, Des Moines, Iowa, this new 12-story parking garage is a post-tension concrete structure that will measure 300,570 square feet and accommodate 750 new parking stalls and street-level retail spaces. The garage will provide the community with daily and monthly rental options and entertainment parking. Operationally, the parking controls guiding vehicle entry and exiting are being designed to provide the best user experience possible. The Fifth parking garage will have an open concept on the east elevation with a decorative screening element on the west elevation. Final completion is expected in July 2020.