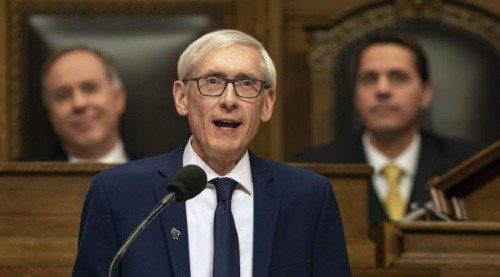 As reported by the AASHTO Journal: https://aashtojournal.org on August 13, 2019 - in News

A transportation bill signed into law on Aug. 6 by Wisconsin Governor Tony Evers (D) (seen above) will, among other things, create a new office within the Wisconsin Department of Transportation; an office responsible for “facilitating” faster delivery times for infrastructure projects.

Those measures follow the governor’s recent request for the Federal Emergency Management Agency to conduct a preliminary damage assessment later this month for 19 Wisconsin counties and tribes hit hard by severe storms, flooding, straight line winds, and tornadoes beginning late on July 18 and continuing through July 20.

Current local damage assessments show those storms – which generated flash flooding, strong winds with speeds up to 100 mph, and some 17 tornadoes – caused more than $14 million in damage to public infrastructure, though most of those costs are for emergency protective measures, debris removal and damage to electrical equipment owned by municipal and rural electric cooperatives.