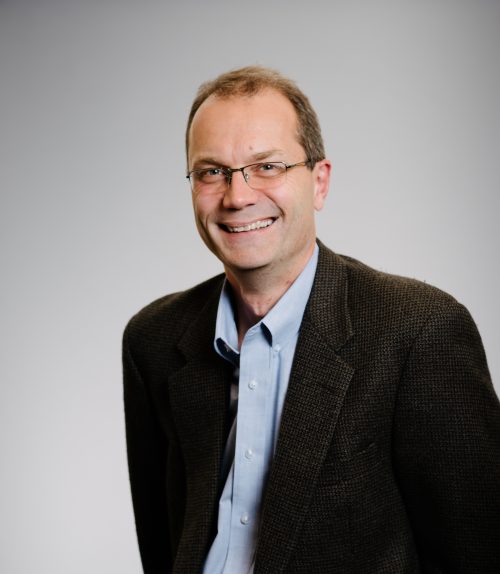 Robert Mankowski is a vice president and business unit executive for Digital Cities at Bentley Systems.

Mankowski: My name is Bob Mankowski. I’m a vice president at Bentley Systems, and I’m the Business Unit Executive for Digital Cities.

V1 Media: In your own words, describe a digital twin.

Mankowski: A digital twin is a digital replica of a physical product or process or system that bridges together the physical world and the digital world. For Bentley, it’s important to note that we also include engineering technology in this idea of a digital twin. So again, if you think about a digital twin as being this digital replica, something that replicates the geometry and visual appearance of a product or a process, in our case infrastructure, and then combines the physical reality of IOT and related data, operational technologies. But it’s also important to include engineering technology, so you can understand and model the performance of the infrastructure as well.

The term digital twin has become a focus for Bentley because of the potential improvements in project delivery and asset performance it can bring. There’s a convergence of technologies: 3D and 4D visualization, IOT, cloud computing, GPU computing, Big Data, which lead to improvements in machine learning, for example. There are virtual- or mixed-reality capabilities. All these things coming together that I think really enhance the ability of digital twins to provide this immersive and analytical environment to help infrastructure owners and operators and their ecosystem throughout the lifecycle of infrastructure assets.

V1 Media: What might be some key uses for digital twins that can’t be performed as well without them?

Mankowski: For Bentley, we see digital twins having a role to play throughout the entire infrastructure asset lifecycle. In the design, understanding the existing context for design is critically important. This is where the reality-modeling capabilities that Bentley provides through ContextCapture have a big role to play. You can capture what’s out there–the existing conditions–and then use that as the basis for your design. It’s a situation where a lot of infrastructure doesn’t have up-to-date as-builts and drawings and models. And so by using ContextCapture, you can get that as operated or as existing context. That forms the sort of 3D canvas on which you can hang all of this other data that we see as a federated system.

So, bringing in GIS data from your GIS, bringing in IOT information, bringing in that engineering model, that engineering technology to be part of this digital twin for design. But that leads into construction and project delivery by the use of 4D construction simulation technologies, like Bentley SYNCHRO, to really look at the construction process and optimize the operations, the means and methods and the scheduling of the construction project in the context of the digital twin. So having that physical reality represented in the virtual world can really lead to those efficiencies. Then, finally, in asset performance. We see lots of opportunities for this convergence of the OT, the IT and the ET to lead to better-performing assets. So things like predictions about failure modes and failure events, predictions about anomaly detection of things that might go wrong, for example, in the operations are really important uses of digital twins.

V1 Media: So what might be a key aspect to make a digital twin more useful?

Mankowski: In order to be really useful, digital twins have to be a good representation of the asset. If it’s stale and out of date with the changes that have occurred in the asset, then your decision-making capability is going to be compromised. One of the keys to a digital twin that’s useful for infrastructure projects and asset performance is this idea that it has high fidelity: it reflects the actual operating state of the asset. For that, you really need to embrace change. You need to have a system that can manage all the changes that are occurring and bring that into the digital twin and keep it up-to-date. Bentley is enabling this through our iTwin services technology that manages change as a fundamental aspect of the digital twin.

V1 Media: What is iTwin Services, and how does that fit within the digital twin concept?

Mankowski: iTwin Services from Bentley is a set of cloud services that enable digital twins in an open and connected data environment. In practical terms, it’s a system for managing this data, aligning it from different data sources so it can be brought together from different applications–Bentley applications, non-Bentley applications, from open standards, proprietary formats, all sorts of inputs–into this digital twin, and then being able to understand the changes that have occurred. It manages the history of changes to that data, so you can see how it’s changing across time, and then it makes it accessible. By virtue of being a cloud service with its APIs and its applications built on that cloud service, it makes the data accessible to all manners of stakeholders, disciplines and applications.

V1 Media: How do we–from Bentley’s perspective and all of us in the industry–help break the historical inertia to get more universal use of digital twins across all the potential users and stakeholders?

Mankowski: I think it’s incumbent upon us in this industry to promote the value of digital twins, and the impact it can have on helping organizations reduce their risk in infrastructure projects, to reduce cost in the case of owner/operators. Especially in the public sector, the use of digital twins to help improve services, improve safety, reduce costs. I think it’s incumbent upon us to really communicate these values, and not have to wait for some tragic event to occur or legislation or regulation to occur in order to drive the use of digital twins.

V1 Media: In its February 2019 issue, Informed Infrastructure featured an Australian company called Telstra that was using drones and Bentley software to model cellular towers. Can you tell us a little more about that project?

Mankowski: That’s a great project, and one that I really think exemplifies the use of digital twin technology. SiteSee was doing these cell-phone tower surveys to identify defects and equipment and so forth on the cell-phone towers.

By creating a reality model, using Bentley’s ContextCapture, and then using that as the basis for their inspection and asset inventory, they were really able to use a digital twin to perform work that had previously required dangerous and expensive tower climbs. One of the things we’re talking about in terms of the use of digital twins in a city context is city resilience and infrastructure resilience. At Bentley, we’re talking about two primary stresses of infrastructure in a city: one is flooding, and the other is seismic events. I have some personal experience with a seismic event. I worked at Los Angeles Department of Water and Power. I was an assistant civil engineer in the water department. This is 25 years ago. It was my first job out of school.

V1 Media: While there, you witnessed the 1994 Northridge earthquake. Please tell me about that experience and how it might be different now?

Mankowski: I think it was about a 6.7 earthquake in the valley. Very destructive. Although my job was in the office designing water-main replacements and things like that, they called us up, and I went out to the Northridge area, into the valley to help coordinate the repairs of the water infrastructure. But this is 1994, and all of our maps, all of our water system information, was not digital at the time. It was still drawn ink on Mylar in a drafting room. We had big books, which described the water mains and isolation valves and so forth. But there were a limited number of these books. That really hindered the recovery efforts, because we had crews come from other states, and we had no way of giving them information about the water utility.

I just couldn’t imagine myself now; what it would have been like if all these crews came in with their cell phones and their tablets, and we can just go ahead and say, “Here, download this app or browse to this website, and you’ll get all the information you need to help us with these repairs.” It would have been so much more efficient. I’m sure we could have restored service much quicker. I like to think about how this technology can be used in that context, having had that personal experience.

Comments are disabled
NEXT ARTICLE
Change Leader: Moving the Industry Toward Digital Twins and Digital Cities
August 9, 2019
PREVIOUS ARTICLE
The World’s Top 4 Ride-Hailing Companies Are Worth More Than $166 Billion
August 9, 2019