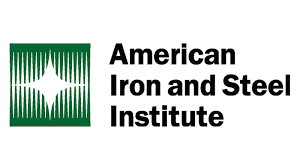 WASHINGTON, D.C. – The Steel Bridge Task Force Oversight Council of the American Iron and Steel Institute (AISI), the National Steel Bridge Alliance (NSBA), and the American Association of State and Highway Transportation Officials (AASHTO) T-14 Technical Committee for Structural Steel Design have named Matthew H. Hebdon, Ph.D., P.E., assistant professor in the Charles Edward Via, Jr. Department of Civil and Environmental Engineering at Virginia Polytechnic Institute and State University (Virginia Tech) in Blacksburg, Virginia as the recipient of the 2019 Robert J. Dexter Memorial Award Lecture. The program was instituted in 2005 in memory of Robert J. Dexter, an associate professor of civil engineering at the University of Minnesota, who was an internationally recognized expert on steel fracture and fatigue problems in bridges.

The Robert J. Dexter Memorial Award Lecture program provides an opportunity for individuals early in their careers in structural engineering to present a lecture on their steel bridge activities to the Steel Bridge Task Force and to participate in its semi-annual three-day meeting. Recipients become invited guests of the Steel Bridge Task Force, which is comprised of leading steel bridge experts.

Dr. Hebdon presented his lecture on “A709-50CR (A1010) Steel Bridge Research” today at the Steel Bridge Task Force Meeting at the Wyndham Philadelphia Historic District Hotel in Philadelphia, PA. His lecture covered accelerated corrosion testing of A709-50CR steel with other dissimilar steels used in typical bridge construction as well as dissimilar fasteners. The research has implications related to the use of A709-50CR in both hybrid connections as well as with readily available structural fasteners.

Dr. Hebdon will also present the information in a webinar titled “Corrosion Resistance of A709 Grade 50CR Steel – Applications for Bridges in Corrosive Environments” to be held on Tuesday, September 10, 2019 in cooperation with the National Steel Bridge Alliance. More information is available at www.aisc.org.

“Dr. Hebdon has already contributed a significant body of work on fracture-critical members which is changing the concept of how they are viewed by the industry, particularly on the way internally redundant members (IRMs) are evaluated,” said Robert Wills, chairman of the Steel Bridge Task Force and vice president of the construction group at AISI. “His previous work resulted in the AASHTO Guide Specifications for IRMs, approved in the summer of 2018 by AASHTO’s Subcommittee on Bridge Structures.”

Matthew H. Hebdon, Ph.D., P.E., is an assistant professor in the Charles E. Via, Jr. Department of Civil and Environmental Engineering at Virginia Tech. He received his doctorate in Civil Engineering in 2015 from Purdue University. He earned a master’s and a bachelor’s degree in civil and environmental engineering from Utah State University in 2005. Before joining the staff at Virginia Tech, he was a design engineer with Sargent Engineers, Inc. His primary research areas include repairs and rehabilitation of bridges to extend their service lives, corrosion behavior of bridge steels, internally redundant behavior of built-up steel members, fatigue and fracture evaluation of steel structures, bridge monitoring and testing, historical fabrication methods and materials, and large-scale testing of structures. Dr. Hebdon is a member of the AREMA Committee 15 (Steel Structures), TRB AFH70 (Standing Committee on Fabrication and Inspection of Metal Structures), and TRB AFF10(1) (Traffic Structures Subcommittee).

AISI serves as the voice of the North American steel industry in the public policy arena and advances the case for steel in the marketplace as the preferred material of choice. AISI also plays a lead role in the development and application of new steels and steelmaking technology. AISI is comprised of 18 member companies, including integrated and electric furnace steelmakers, and approximately 120 associate members who are suppliers to or customers of the steel industry. For more news about steel and its applications, view AISI’s website at www.steel.org. Follow AISI on Facebook or Twitter (@AISISteel).