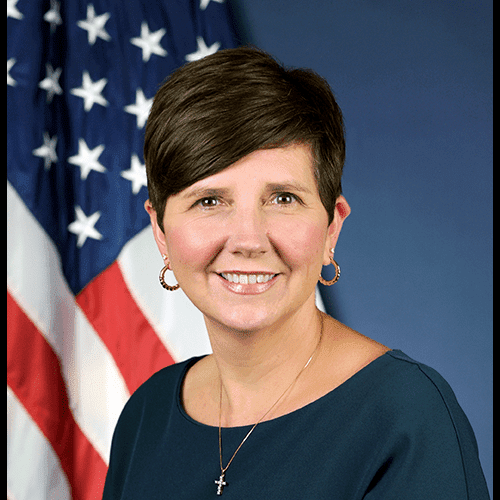 As reported by the AASHTO Journal: https://aashtojournal.org on July 22, 2019 - in News, People

WASHINGTON – The American Association of State Highway and Transportation Officials today announced that Brandye Hendrickson, the Federal Highway Administration’s deputy administrator, is joining the organization as its new deputy director.

Hendrickson, who was appointed to the FHWA deputy administrator position in July 2017, also served as the FHWA’s acting administrator in 2017 and 2018.

“I am thrilled that someone with Brandye’s experience and leadership ability is joining the AASHTO team,” said Jim Tymon, AASHTO’s executive director. “She has a deep knowledge of the challenges facing surface transportation and that knowledge is going to directly benefit AASHTO and our member departments of transportation.”

Before joining FHWA, Hendrickson served as commissioner of the Indiana Department of Transportation and as a member of AASHTO’s Board of Directors and Executive Committee. Hendrickson also led the Indiana State Personnel Department. She is a graduate of Indiana University, Bloomington, and is a certified Professional in Human Resources.

“I’m excited about continuing to serve the transportation community in this new role and joining such a great team at AASHTO,” said Hendrickson.