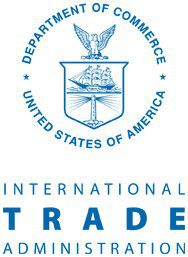 (Parsippany, New Jersey) – Bill Killeen, CEO of Acrow Bridge, a leading international bridge engineering and supply company, was recently reappointed to the 2019-2021 term of the President’s Advisory Council on Doing Business in Africa (PAC-DBIA) by U.S. Secretary of Commerce Wilbur Ross. The reappointment was announced during the Corporate Council on Africa’s 12th biennial U.S.-Africa Business Summit which took place from June 18-21, 2019 in Maputo, Mozambique. The event was attended by more than 1,000 U.S. and African private sector executives, international investors, multilateral stakeholders and senior government officials.

The PAC-DBIA was established by President Obama in 2014 to advise the President, through the Secretary of Commerce, on strengthening commercial engagement between the United States and Africa. Serving as an important forum for dialogue between the U.S. public and private sectors, the council provides information, analysis and recommendations to the President that address, in part, creating jobs in the United States and Africa through trade and investment; building lasting commercial partnerships between the U.S. and African private sectors; facilitating U.S. business participation in Africa’s infrastructure development; and building the capacity of Africa’s young entrepreneurs to develop trade and investment ties with U.S. partners.

The Council’s members are made up of private sector leaders representing small, medium and large U.S. companies across a diverse range of industries and economic sectors. The 2016-2018 term of the PAC-DBIA yielded numerous important outcomes, including a notable fact-finding trade mission to four African nations led by Secretary Ross and Gilbert B. Kaplan, Under Secretary for International Trade, and a major recommendations report submitted to the President covering a set of diverse topics including financing, public procurement, trade facilitation, global value chains, technology and digital economy, workforce development, and Memorandum of Understanding implementation.

“I am honored to have been reappointed to serve on the Council,” said Killeen. “Acrow has worked on the African continent since the 1990’s, and we are honored to have touched the lives of tens of thousands of individuals living in rural Africa where they have been enabled to positively transform their lives, their communities, and businesses through the more than 1,000 permanent rural road bridges we have designed, supplied and constructed across numerous African nations. Additionally, an important part of every Acrow large-scale infrastructure project is the transfer of a technical knowledge base to local workers on how to build and maintain bridges, creating a robust skills-building program. We are eager to continue partnerships with African nations to support sustainable infrastructure development, a cornerstone of trade competitiveness locally and globally.”

Killeen joined Acrow Bridge in 1977 and was appointed President and CEO in 1995. He has held the title of CEO since 2017. Killeen received his Bachelor’s degree from the New Jersey Institute of Technology, and has been a licensed Professional Engineer since 1987. In addition to his prior two-year term with the PAC-DBIA, he completed a six-year appointment to the Board of Directors of the Corporate Council on Africa.