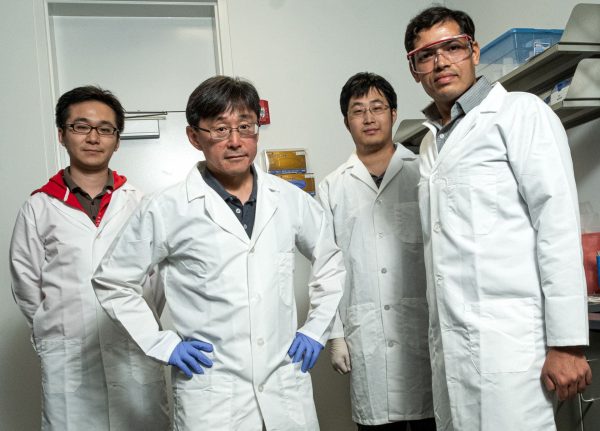 HOUSTON – The ever-more-humble carbon nanotube may be just the device to make solar panels – and anything else that loses energy through heat – far more efficient.

Their invention is a hyperbolic thermal emitter that can absorb intense heat that would otherwise be spewed into the atmosphere, squeeze it into a narrow bandwidth and emit it as light that can be turned into electricity.

The discovery rests on another by Kono’s group in 2016 when it found a simple method to make highly aligned, wafer-scale films of closely packed nanotubes.

Discussions with Naik, who joined Rice in 2016, led the pair to see if the films could be used to direct “thermal photons.”

“Thermal photons are just photons emitted from a hot body,” Kono said. “If you look at something hot with an infrared camera, you see it glow. The camera is capturing these thermally excited photons.”

Infrared radiation is a component of sunlight that delivers heat to the planet, but it’s only a small part of the electromagnetic spectrum. “Any hot surface emits light as thermal radiation,” Naik said. “The problem is that thermal radiation is broadband, while the conversion of light to electricity is efficient only if the emission is in a narrow band.

“The challenge was to squeeze broadband photons into a narrow band,” he said.

The nanotube films presented an opportunity to isolate mid-infrared photons that would otherwise be wasted. “That’s the motivation,” Naik said. “A study by (co-lead author and Rice graduate student) Chloe Doiron found that about 20% of our industrial energy consumption is waste heat. That’s about three years of electricity just for the state of Texas. That’s a lot of energy being wasted.

“The most efficient way to turn heat into electricity now is to use turbines, and steam or some other liquid to drive them,” he said. “They can give you nearly 50% conversion efficiency. Nothing else gets us close to that, but those systems are not easy to implement.” Naik and his colleagues aim to simplify the task with a compact system that has no moving parts.

The aligned nanotube films are conduits that absorb waste heat and turn it into narrow-bandwidth photons. Because electrons in nanotubes can only travel in one direction, the aligned films are metallic in that direction while insulating in the perpendicular direction, an effect Naik called hyperbolic dispersion. Thermal photons can strike the film from any direction, but can only leave via one.

“Instead of going from heat directly to electricity, we go from heat to light to electricity,” Naik said. “It seems like two stages would be more efficient than three, but here, that’s not the case.”

Naik said adding the emitters to standard solar cells could boost their efficiency from the current peak of about 22%. “By squeezing all the wasted thermal energy into a small spectral region, we can turn it into electricity very efficiently,” he said. “The theoretical prediction is that we can get 80% efficiency.”

Nanotube films suit the task because they stand up to temperatures as high as 1,700 degrees Celsius (3,092 degrees Fahrenheit). Naik’s team built proof-of-concept devices that allowed them to operate at up to 700 C (1,292 F) and confirm their narrow-band output. To make them, the team patterned arrays of submicron-scale cavities into the chip-sized films.

“There’s an array of such resonators, and each one of them emits thermal photons in just this narrow spectral window,” Naik said. “We aim to collect them using a photovoltaic cell and convert it to energy, and show that we can do it with high efficiency.”

The Basic Energy Science program of the Department of Energy, the National Science Foundation and the Robert A. Welch Foundation supported the research. 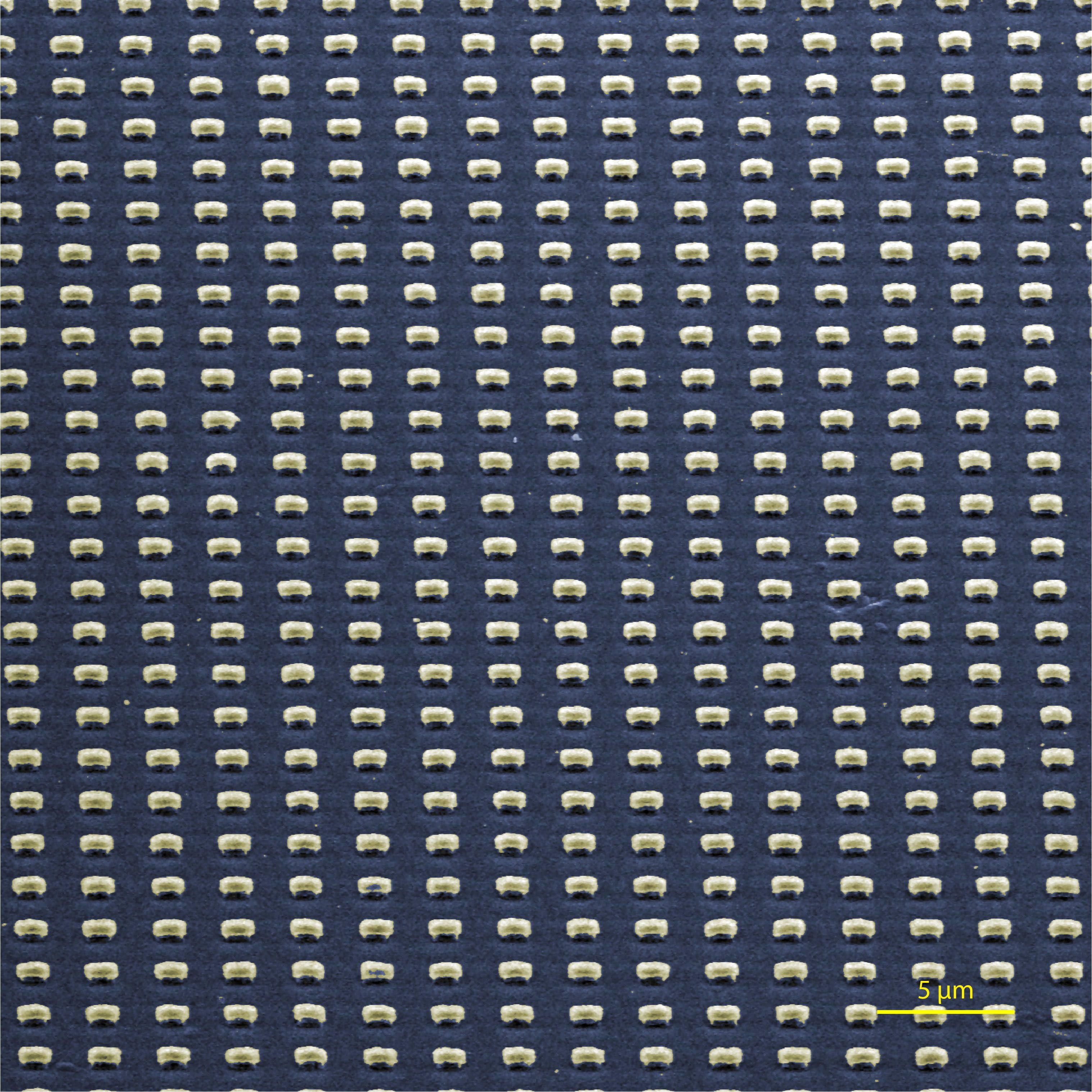 A scanning electron microscope image shows submicron-scale cavities patterned into films of aligned carbon nanotubes developed at Rice University. The cavities trap thermal photons and narrow their bandwidth, turning them into light that can then be recycled as electricity. (Credit: Naik Lab/Rice University) 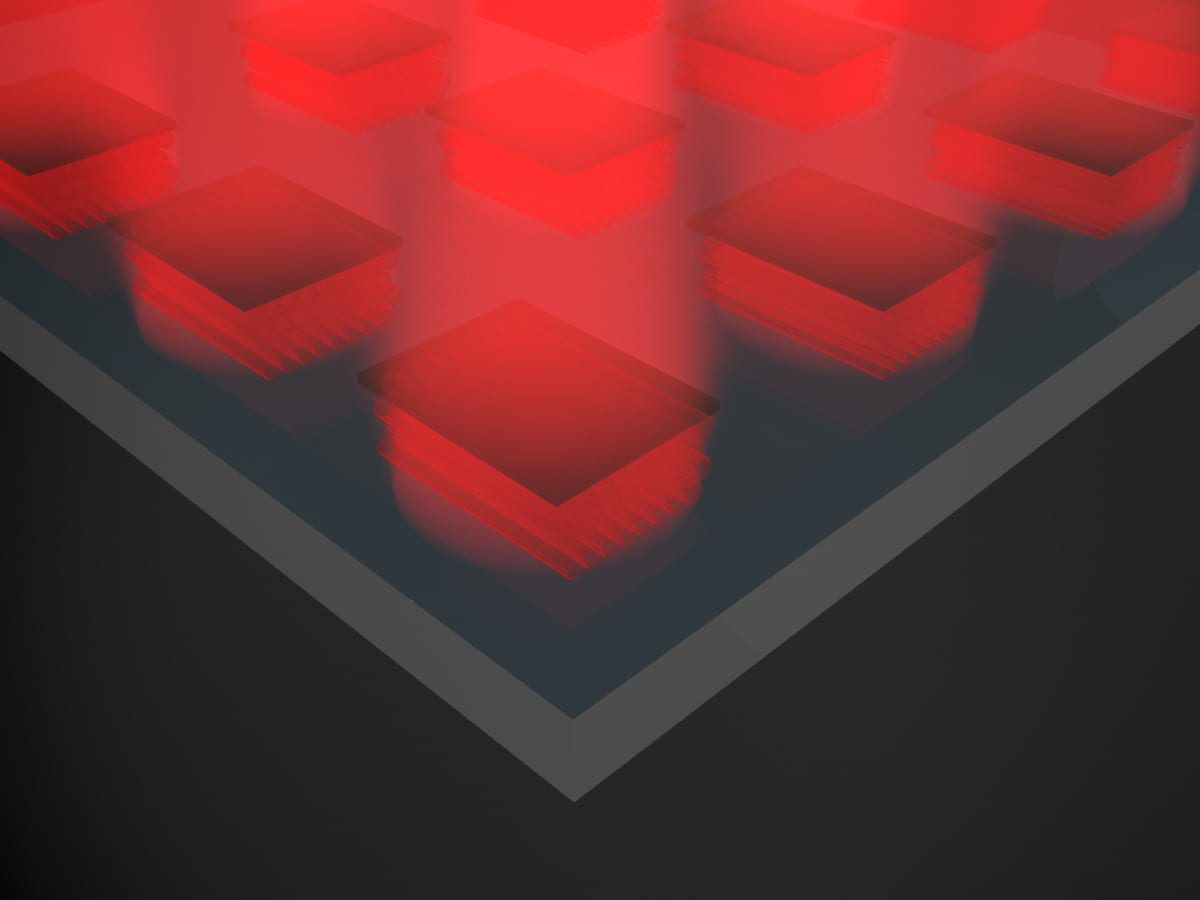 A Rice University simulation shows an array of cavities patterned into a film of aligned carbon nanotubes. When optimized, the film absorbs thermal photons and emits light in a narrow bandwidth that can be recycled as electricity. (Credit: Chloe Doiron/Rice University)

This news release can be found online at https://news.rice.edu/2019/07/12/rice-device-channels-heat-into-light/