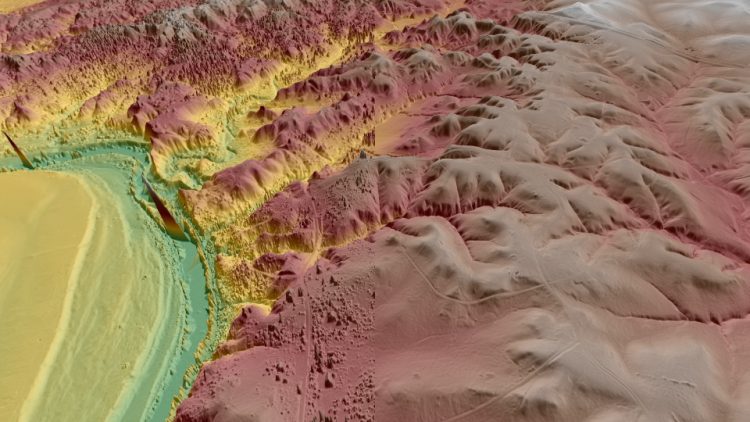 “The latest upgrades in Virtual Surveyor 6.4 are designed to meet the needs of UAV users who are increasingly equipping their drones with LiDAR systems,” said Tom Op ‘t Eyndt, CEO of Virtual Surveyor nv in Belgium.

Doubling its user based in one year, Virtual Surveyor is popular among surveyors because it bridges the gap between UAV photogrammetric processing applications and engineering design packages. The software generates an interactive onscreen environment with UAV orthophotos/DSMs and/or LiDAR point clouds where the surveyor selects survey points and breaklines to define the topography, creating highly accurate products up to five times faster than otherwise possible.

In Version 6.4, users can import a LiDAR point cloud that has been classified by elevation in a third-part software into feature classes such as ground surface, low vegetation, building structure, and tree canopy. Virtual Surveyor allows its users to select one or more classes for visualization and further processing into topographic products. The new release interpolates points as needed to generate a smooth terrain surface.

“This new feature was requested by Virtual Surveyor clients who are working in heavily forested areas and rely on LiDAR to penetrate the canopy and capture data of the bare Earth below,” said Op ‘t Eyndt. “They can now extract meaningful points and breaklines directly from the bare-earth level instead of producing a ground surface on the DSM using the low-pass points.”

A second new function added in Virtual Surveyor 6.4 is the ability to integrate two types of data to create a single cohesive scene. Requested by operators of gravel pits and coastal zone monitoring projects, this feature will most often be used to merge bathymetric survey points acquired underwater with traditional photogrammetric imagery captured by drones.

Designed mainly for application on a Digital Surface Model created from LiDAR data without an underlying ortho, the Hill Shade lens simulates sun illumination casting shadows on the scene. The result is enhanced 3D perception of hills, valleys and other relief. This lens was introduced with many others in Version 6.3 of Virtual Surveyor.

Current subscribers to Virtual Surveyor will see their software being updated to Version 6.4 automatically.