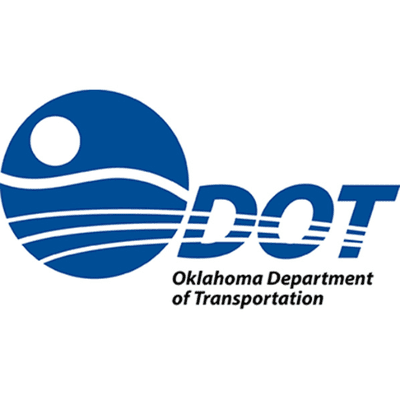 Experience weighs in as two long-time Oklahoma Department of Transportation employees move in to new positions. Rick Johnson was named Director of Capital Programs and Jared Schwennesen was named Rail Division Manager at the July Oklahoma Transportation Commission meeting. The two bring with them years of experience at ODOT, having worked on a wide range of important projects and initiatives. 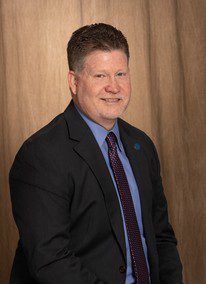 Johnson began his career with the agency in 1997 as a Transportation CADD Specialist in Roadway Design. In 2001, he moved to the Special Projects Branch of Roadway Design/Project Management Division eventually becoming the Division 8 Project Manager in 2010. Beginning in 2014, Johnson established and oversaw the Facilities Management Division. His most recent position was the Project Management Division Manager from 2016 until 2019.
During his tenure with ODOT, Johnson served as Project Manager for several notable projects: the reconstruction of the Tulsa Metropolitan Area I-244 TIGER Grant, Oklahoma’s first multi-modal bridge crossing to accommodate highway, high-speed intercity and commuter rail, pedestrian and bicycle traffic; as well as Oklahoma’s first fully accelerated bridge construction project on SH-51 over Cottonwood Creek.
Johnson earned his Bachelor of Science in business administration and his master’s degree in business management, both from Southern Nazarene University.
He and his wife, Cindy, have three sons and live in Yukon. 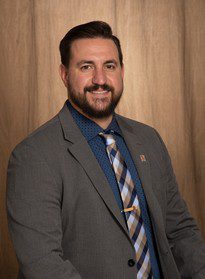 Jared Schwennesen, P.E., was named the Rail Division Manager for the Oklahoma Department of Transportation in June. In 2009, Schwennesen began his tenure with ODOT as an Engineer in Training. Since then, he held roles in Bridge Division; Traffic Division; Maintenance in ITS and Fiber Optics and Environmental Programs Division. His most recent position was serving as the assistant to the Director of Capital Programs.
In 2007, Schwennesen earned his Bachelors of Science in Civil Engineering from the University of Oklahoma. In 2008, He went on to earn his Masters of Science in Civil Engineering from OU and joined ODOT soon after. Additionally, he gained his professional engineering license in 2012. Having worked as a manager and designer in a diverse group of ODOT divisions, Schwennesen is prepared to lead Rail Division as it seeks to improve Oklahoma’s passenger and freight rail systems.
In Schwennesen’s time at the department, he has contributed to special initiatives such as the update of ODOT’s Strategic Plan, the rollout of OKroads.org, installation of electric vehicle charging stations, grant applications and bundling projects. He has also served as the Oklahoma Director of the Board for ITS Heartland.
Schwennesen lives with his wife, Brittni, and their son in Oklahoma City. In his time outside the office, Schwennesen supports the Sooners, bowls and golfs.

The Oklahoma Department of Transportation (ODOT) ensures that no person or groups of persons shall, on the grounds of race, color, sex, religion, national origin, age, disability, retaliation or genetic information, be excluded from participation in, be denied the benefits of, or be otherwise subjected to discrimination under any and all programs, services, or activities administered by ODOT, its recipients, sub-recipients, and contractors. To request an accommodation please contact the ADA Coordinator at 405-521-4140 or the Oklahoma Relay Service at 1-800-722-0353.