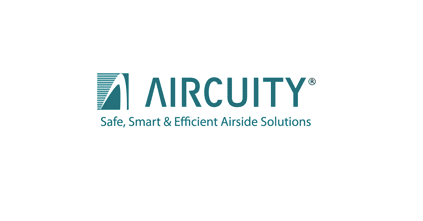 NEWTON, Mass., USA – Aircuity (www.aircuity.com), creator of measurably better environments, announced the installation of its platform at Wilde Lake Middle School in Howard County, Maryland. Aircuity was chosen for its accuracy, but also was used to closely monitor C02 conditions after the school’s opening.

Reducing demand is the first step in achieving net zero, and Aircuity Channel Partner, Metropolitan Equipment Group (MEG), worked with JPA to design Aircuity into the project. Aircuity was installed in all classroom and assembly areas before the school’s completion in January 2017. The project not only was on budget and Maryland’s first NZE school, but it was also LEED Platinum Certified and one of the most energy conscious schools in the nation.

After the building opened in 2017 Howard County personnel noticed something unique happening—after school ended on a Friday evening and through the duration of the unoccupied weekend, Aircuity’s data showed carbon dioxide (CO2) levels within a classroom space dropping below ambient conditions while rising back up as students and staff returned on Monday morning. A series of tests were performed to try determining the cause and a 3rd party CO2 datalogger was installed which gathered data over an unoccupied weekend. Through the datalogger test results validating Aircuity’s readings and watching the data and occupancy, Howard County was confident in the data.

“Wilde Lake Middle School initially used a combination of occupancy sensors and the Aircuity CO2 readings to control the ventilation in our building,” says Tim Heinrich, HVAC Project Manager with Howard County Public School System. “We soon ran into a series of issues with the occupancy sensors. Meanwhile Aircuity validated the sub-ambient indoor CO2 levels that were measured in the classrooms. We have since disabled the occupancy sensors and put our full trust in the accuracy and reliability of our Aircuity system.”

Further investigation yielded one of the most likely explanations, indicating that the unusual conditions could have been caused by the carbonization of concrete. According to academic research, “as CO2 comes in contact with a concrete surface, the calcium hydroxide in the concrete reacts with carbon dioxide in the air to form calcium carbonate.” With Wilde Lake being an NZE building, it had a very tight building envelope, and the installed DOAS unit was turned off during unoccupied times. Additionally, being a K-12 project meant that the building would have long, unoccupied periods when school was empty during the weekends. In this type of environment small effects on indoor air quality (IAQ) can build up and appear magnified compared to what is traditionally thought to be possible. As the cement continues to cure over time, CO2 levels should start to level out closer to ambient.

Aircuity creates smart airside solutions through its intelligent building platform, significantly reducing energy costs and improving the indoor environmental quality for occupants. As the leading demand control solution, Aircuity optimizes ventilation rates through its patented technology. As a result, commercial, institutional and lab building owners can lower operating costs, protect occupants and verifiably reduce energy use by as much as 60 percent. Founded in 2000 and headquartered in Newton, MA, Aircuity’s solutions have beneﬁted over 400 organizations such as Google, Amazon, Eli Lilly, Masdar City, the University of Pennsylvania, and the University of California-Irvine. For additional information on the company and its solutions, please visit: www.aircuity.com.