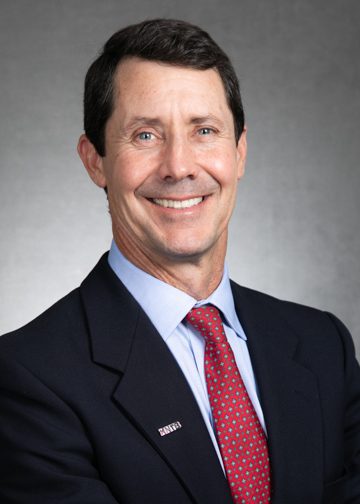 Through the course of his 32-year career, Jenkins has contributed to many significant high-profile projects across the nation, including New York City’s Goethals Bridge and World Trade Center, the Boston Big Dig and major highway projects in Austin, Texas and Orange County, California, among others.

Previously, Jenkins’ served as a director in the bureau of engineering, design and construction for the New York City Department of Environmental Protection. In that role, he was responsible for business process and procedures associated with a $10 billion construction program. He also held multiple senior level positions with national construction firms with responsibility for logistics planning and construction of many major transportation projects, including the Mario Cuomo Bridge, Big Dig in Boston and World Trade Center in New York.

A graduate of the Wentworth Institute of Technology, Jenkins holds a bachelor’s degree in civil engineering technology and is a member of the Design Build Institute of America.

HNTB plays an integral role in many of the region’s most important infrastructure programs, including construction manager for renewal and rehabilitation of multiple station facilities for New York City Transit; program manager for New Jersey Transit’s implementation of Positive Train Control technology; owner’s engineer for the New NY (Tappan Zee) Bridge; lead structural designer of the Kosciuszko Bridge; technical consultant for the Goethals Bridge replacement project; and general engineering consultant for the New Jersey Turnpike Authority, among others.