WASHINGTON – The U.S. Department of Transportation (DOT) today released its June 2019 Air Travel Consumer Report (ATCR) on reporting marketing and operating air carrier data compiled for the month of April 2019.  The full consumer report and other aviation consumer matters of interest to the public can be found at http://www.transportation.gov/airconsumer. 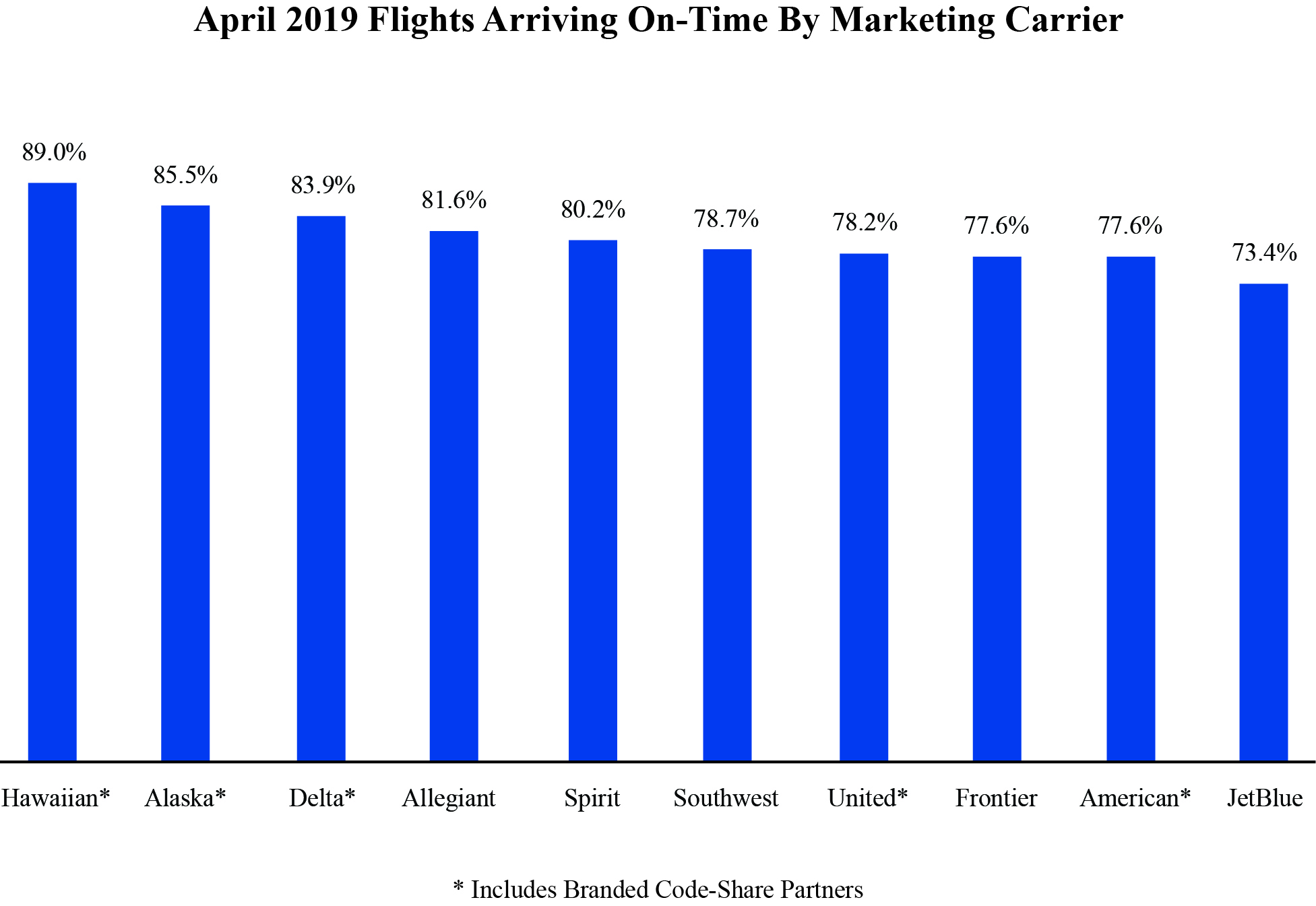 See pages 40-43 of the May 2019 Air Travel Consumer Report for denied boarding numbers by airline.

Complaints About Treatment of Disabled Passengers