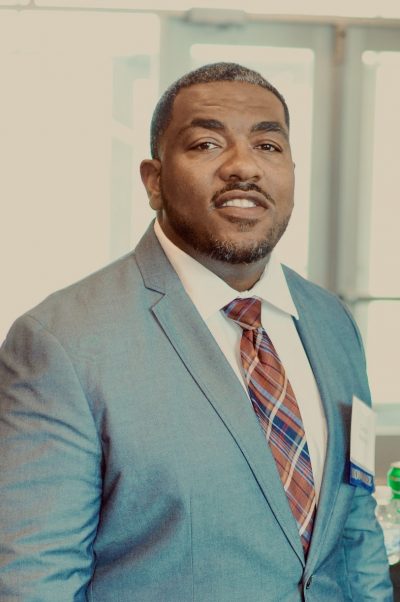 (St. Louis, MO) Growing up in St. Louis City, a young Cardin “Dean” Rackley would attend summer programs at the Herbert Hoover Boys & Girls Club at 2901 North Grand Avenue. Playing basketball and swimming at the club were his favorite activities, he fondly remembers.

But even more than playing sports, Rackley remembers the sense of pride, respect for others, sportsmanship, academics and teambuilding that the club’s dedicated staff and directors instilled on his impressionable, young mind during those hot St. Louis summers.

As an adult, Rackley’s involvement with the Boys & Girls Clubs of Greater St. Louis has come full circle. A Project Superintendent at KAI Build, Rackley is now overseeing construction of the organization’s new $12.4 million Teen Center of Excellence in Ferguson, MO.

Expected to open in time for the 2019-20 school year, the Teen Center of Excellence will offer afterschool and summer programs to youth ages 12-18 in the North St. Louis County area. The 26,856-square-foot, three-level center will provide a safe place for area youth to gather and participate in a variety of activities. Designs for the facility include a nutrition education center, gym, teen lounge, outdoor garden, auditorium, music and art studio, office space, intellectual commons, innovation center, and outdoor basketball and activity court.

To commemorate Rackley’s achievements, the Boys & Girls Clubs of Greater St. Louis recently inducted him into its Alumni Hall of Honor, which recognizes outstanding alumni for achievements in their respective fields, commitment to leadership, serving the community’s youth, contributions to the St. Louis community and for living out the mission of the Boys & Girls Club.

Rackley would return to work as a commercial carpenter and lead carpenter for another three years until landing a job with KAI in 2016 as an Assistant Superintendent. KAI would promote him to Project Superintendent in less than two years.

Rackley said Boys & Girls Clubs of Greater St. Louis will always hold a special place in his heart, and he is humbled to be a part of the organization’s Alumni Hall of Honor.

“Herbert Hoover Boys & Girls Club has always been a great place for my family and myself growing up,” said Rackley. “The staff and directors always made sure the environment was positive and safe. I really appreciate the Boys & Girls Club directors for choosing me as the main character in their story. To this day, I carry with me lessons I’ve learned at the club.”