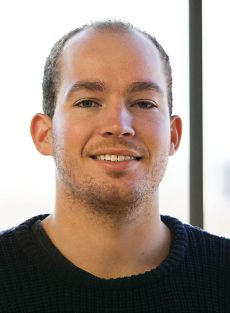 Rory San Miguel is the co-founder and CEO of Propeller, which creates tools and software for construction companies, mines, quarries and landfills to collect, process and visualize accurate survey data.

“I think we’re past the point of no return with drones on construction sites,” says San Miguel. “It’s not actually risky anymore. The drones have matured; the regulations have matured; now’s the time for the mass market to start adopting it.”

His opinions have been shaped by being part of the drone industry as it took off in the early 2010s in Australia, which had more relaxed drone regulations at the time. More specifically, he co-founded Propeller, which now is based in Denver as well as Sydney, Australia, and is a business partner of Trimble. Propeller uses open-source and proprietary technology to enable site managers to acquire actionable information about their projects and sites from drone-collected data.

At a typical Propeller customer site, a drone flies around and collects geotagged images. The images and their geotags, along with ground control data, allow them to be “stitched together” digitally in a process that looks for and compares high-contrast points and produces a survey accurate down to a tenth of a foot.

On a local computer, this computing-intensive stitching process alone may take an entire day or two. But by leveraging cloud computing via a web interface, Propeller’s system can ingest the drone data, georeference them for better accuracy, create 3D surfaces and maps, and have the output analyzed by humans for quality assurance, all within 24 hours.

“Each job is as automated as it can be,” notes San Miguel. “We’re also proud of the fact that each dataset gets looked at by humans who can make sure it’s good-enough quality to take measurements and help make decisions.”

On one of Propellers first jobs, a quarry customer thought it had ground control points from a previous aerial survey, which would allow the system to easily correct the drone’s lower-precision data. However, after the mission had been flown, it was learned that the original ground control points had been blown over or were otherwise unusable.

Rather than allow the data collection to go to waste, San Miguel rigged pizza boxes with taped crosshairs and a simple and cheap GPS configuration he was working on, and AeroPoints were born.

“The product really went from there and became this option for people flying drones to purchase, where the requirement to get survey-grade data would be handled by this very ‘idiot-proof’ device,” says San Miguel. “There was one button on the AeroPoint. You press it, and it starts recording GPS data. Press it again, and it sends [the data] to us. We take it, add other sources of GPS information to correct that data, and you end up with very accurate x,y,z geographic points of the site.”

AeroPoints have been very successful for Propeller, allowing drones to collect survey-grade data without the time and costs of traditional surveying. It also led to their partnership with industry heavyweight Trimble.

The success of AeroPoints caught the attention of Trimble, which has long created high-end survey equipment and has its own line of drones and site-analysis technology. But after a phone call and meeting in 2016 with Propeller, the two companies “hit it off” and became partners in 2017.

“We signed off on a distribution agreement with Trimble for the Trimble Stratus product, which is a thinned version of the normal Propeller Platform with a few internal integrations built on top of it,” notes San Miguel. “As a small Australian startup, we wanted to be working in the United States, and we needed some help to become more credible with our customers. We wanted someone like Trimble to stand behind the workload we’d developed and the accuracy of the products, so it all worked out really well.”

Propeller’s business focus has gone from processing peoples’ drone data to becoming more of a comprehensive worksite tracking and improvement solution. San Miguel imagines the system incorporating all data types, including but not limited to drones. He says the main concern of clients is the ability to track progress in the middle of a job and compare it to the original plans.

“We’re moving from guessing to making data-informed decisions,” he adds. “In the next couple of years, information collection and analysis will be automated, and it’s going to be served up to these superintendents on a platter so they can make the right call, almost instantly.”