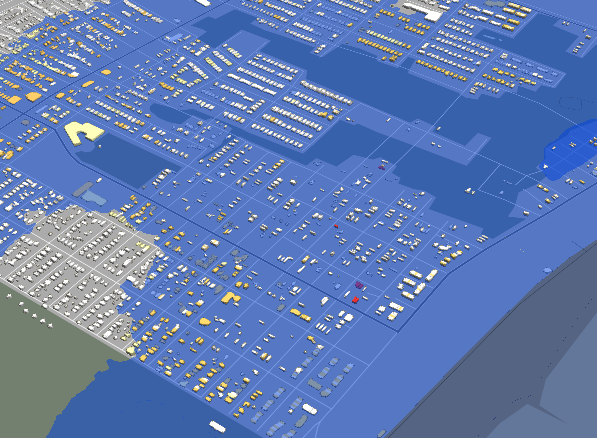 On Wednesday, FEMA released new, preliminary flood insurance maps for New York City. The maps specify how likely areas are to flood, and the minimum elevation that structures must be to avoid higher insurance rates.The new maps, which replace maps that used data from 1983, double the number of structures in flood zones.

While Sandy’s water has long receded and the bulldozers have left, a residual effect for homeowners along the city’s coastline still lurks quietly beneath the surface. It comes in the form of a July 2012 law called the Biggert-Waters Act, which will end subsidized rates for property owners who are remapped into more severe flood zones, increasing their flood insurance premiums 20 percent a year until they reach market rates, and will apply those higher rates for newly purchased property. The potential increases, which proponents say are necessary to sustain the National Flood Insurance Program, are not widely understood by residents, and may be catching them unprepared.