Change Leader: Electric Utilities Face Many Challenges and Opportunities in 2019 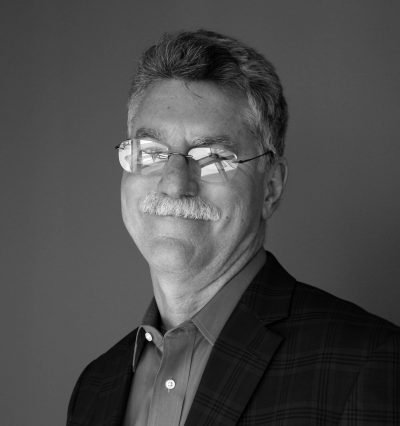 Mark Burke is a technical and business development advisor for Black & Veatch, an employee-owned engineering, procurement, consulting and construction company.

Black & Veatch produces annual reports based on expansive surveys for a variety of industry sectors. Mark Burke contributed to the “2019 Strategic Directions: Smart Utilities Report,” which focuses on electric utilities and can be downloaded at pages.bv.com/SDR-SmartUtilities-Download.html.

“Our report was a broad industry survey of the major investor-owned utilities, the municipal utilities as well as co-ops and public power organizations,” notes Burke.

The 2019 report found many important domestic and global industry trends and expected challenges for the upcoming year. It found that billions of dollars are being invested in distribution systems, particularly distribution automation and communication systems that support Grid Modernization. Such large investments include the integration of what typically are not utility assets, including distributed energy resources and renewable generation facilities as well as consumer-owned facilities and electric vehicle charging.

“It’s a very interesting trend to see because typically generation and transmission are the largest forms of investment in the sector,” says Burke. “But the survey indicates that the distribution side is where the bulk of investment is going now. That also includes some innovative automation, Big Data analytics, machine-learning and the necessary communications infrastructure needed to enable that.”

Another important trend is the increased number of managed devices that are populating the utility sector. Typically, utilities had a few thousand managed devices through their distribution system; now it’s going into the millions in a relatively short time, presenting a number of challenges that utilities are having to address.

Another area of growing importance is cybersecurity, with constraints and requirements growing rapidly beyond just the security of assets to threat-based security. According to Burke, cybersecurity of communication and automation systems is becoming increasingly important, particularly at a time when utilities are moving from synchronous networks to packet-based networks and having to make sure their communications infrastructure is secure from intrusion, “man in the middle” and other cyber attacks.

According to Burke, the telecommunications industry and vendor ecosystem have moved away from traditional synchronous telecommunications technologies to packet and virtualized and cloud-based networks, which offer lower costs and higher flexibility, but may be more vulnerable to cybersecurity and challenged to meet the utilities’ requirements of low latency and low latency asymmetry. Utilities have no option but to use these new technologies, as traditional technologies are no longer supported or available from the vendor community over the long system life that utilities require.

“More-sophisticated and demanding consumers are used to getting just about everything on their cell phone with an easy-to-use app,” adds Burke. “They’re going to want to be able to manage their energy consumption, make sure they can participate in green energy—all from a handset they carry around with them. They want to have near-real-time information.”

After reliability, one of the main concerns of younger customers is the desire for more green energy. They also want near-real-time evidence of the type of energy they’re consuming. Burke and the report note that as the cost of renewables drops and the cost of storage goes down, the economic viability of green energy improves.

“I would say the underlying driver for renewable energy is customer demand supported by improving economics and followed up by political or regulatory supports,” adds Burke. “It’s sort of three legs of a stool.”

Advice for Utilities and Engineers

Distribution is going to consume a lot of near-term and long-term investment, so Burke recommends utilities heavily address that aspect. He also believes utility employees may need to change the way they work to capture the benefits of the new technologies.

“Typical siloed operations and IT are breaking down, so you can take advantage of the holistic approach of total system management and leveraging all the customer and system data,” he adds. “This will require new ways of working and new organizational structures.”

As for engineers in the utility sector, they need to keep an open mind to new technology and new ways of working.

“The new systems will enable the leveraging of lots of data and lots of near-real-time data,” he continues. “Engineers won’t have any difficulty doing that, but it will be a new way of operating particularly on the distribution side because of its rapid change.”