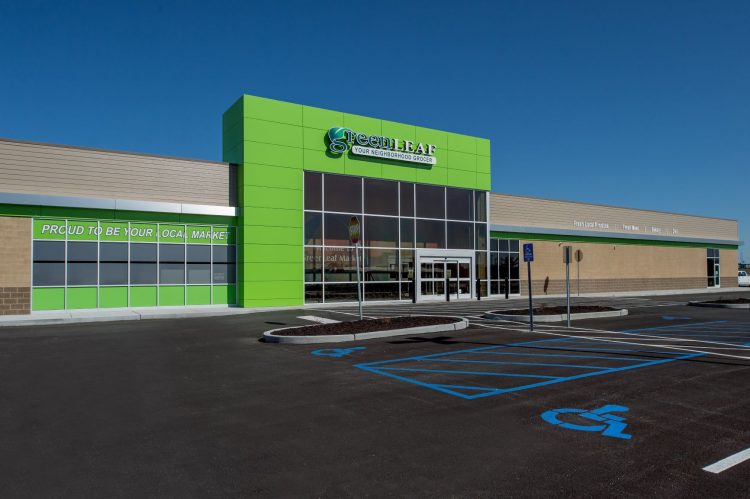 An official ribbon cutting ceremony commemorating the completion of both projects was held on April 1, 2019 at GreenLeaf Market. ZOOM and GreenLeaf Market are located across the street from each other at the corner of Tucker Boulevard and 13th Street. KAI provided pre-construction and general contracting services on both projects.

“The ZOOM and GreenLeaf projects will truly transform the NorthSide community through the creation of 72 new jobs and in providing healthy, affordable food options to residents in an area of St. Louis City that has been underserved for far too long,” said KAI Enterprises President Darren L. James. “KAI is passionate about making change in our communities with projects like these, and we are grateful to have been a part it.”

A first for the St. Louis area, ZOOM features a state-of-the-art, two-way solar panel system on the canopy over its gas pumps that is capable of producing 109,000 kWh of electricity annually – enough to power most of the gas station, convenience store and car wash. The ZOOM C-Store sells fresh, locally-sourced produce and other typical convenience store items, plus features a Go Café that sells freshly-prepared meals-on-the-go such as pizzas, sandwiches, salads and wraps.

GreenLeaf Market is one of the first grocery stores to be built in north St. Louis City since 1968 and features a state-of-the-art kitchen with an experienced on-site chef; a bakery; salad and hot food bar; deli, produce and meat departments; and customer service counter.

Both projects generated several construction jobs for local residents that exceeded the city’s minority participation requirements in terms of contractors and boots on the ground working. ZOOM and GreenLeaf also brought 72 part- and full-time jobs to the area.

Adam Jones, KAI Project Manager, said one of the biggest challenges on the project was securing enough minority workers on both projects to satisfy NorthSide Regeneration’s high expectations for minority participation.

Comments are disabled
NEXT ARTICLE
Change Leader Full Interview: Electrical Utilities Face Many Challenges and Opportunities in 2019
May 2, 2019
PREVIOUS ARTICLE
Geisinger Selects Stantec for Design of Systemwide Master Plan
May 2, 2019