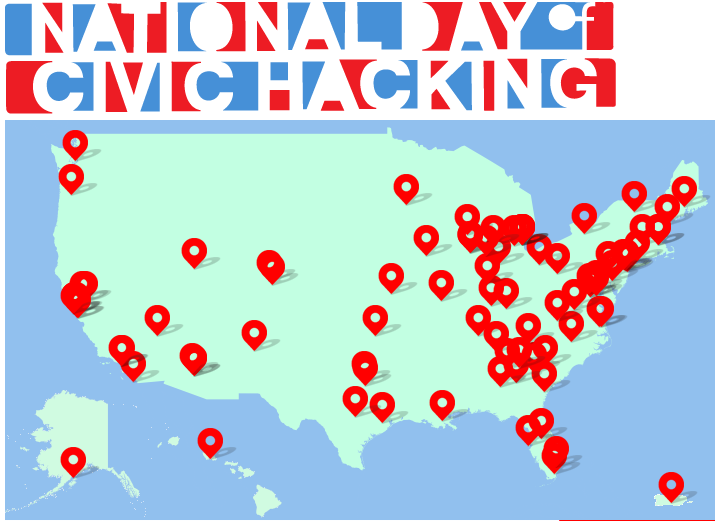 On Saturday and Sunday, June 1-2, 2013, Esri will provide software, apps, code, and technical assistance for the National Day of Civic Hacking.  Co-sponsored by the White House, the event will bring together government personnel and developers from many disciplines to collaboratively tackle civic challenges through the art of hacking. The National Day of Civic Hacking was created specifically to foster innovation in government via collective problem solving.

Esri will sponsor National Day of Civic Hacking events in four US cities: Los Angeles; Denver; St. Louis, and Minneapolis.  For each event, Esri will bring geospatial awareness to civic hacking by providing subscriptions to ArcGIS Online, Esri’s cloud-based mapping platform, for hacker teams to use in their projects.  Web sites with data portal access and links to Esri developer tools—sample code, APIs, SDKs, and map viewers—will be supplied to all teams, giving participants a one-stop resource for creating applications that display authoritative national data.   Esri staff will also be present at each location to provide hands-on technical assistance.

For developers unable to attend any of the National Day of Civic Hacking regional events, Esri developer tools, such as APIs, SDKs, and map viewers, can be freely downloaded at developers.arcgis.com.

For more information about the National Day of Civic Hacking, visit hackforchange.org.