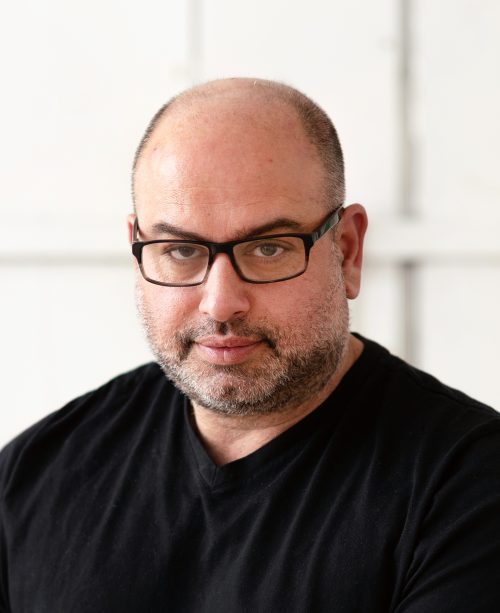 SARA, founded in 1956, is a think tank and professional association of architects that provides its members with professional development and educational opportunities, fellowships, information on the industry’s best practices and technical innovations, and peer-to-peer networking. SARA caters to all who carry an architectural license, regardless of their role in the building and design industries. The organization enables its members to unite as a common voice to better the profession, to advance humankind and the sustainability of the environment, and to promote their core principle of “Architect Helping Architect.”

“The New York Council, with more than 200 members, is the largest and the most active of SARA regional groups. Both on the national level and in New York, our organization strongly encourages its members to support fellow members and to participate in its many events,” said Yogev. “My goals as the new chapter president include growing the Young SARA ARE Study Group, which assists aspiring architects preparing to obtain licensure with mentoring and educational programs,” he added.

The new president emphasized SARA’s collegial, almost family-like nature, explaining by way of anecdote how the camaraderie plays out. “We’ve had examples where people meet at one of our events. Maybe one is from a large firm and the other is from a very small operation just beginning their work, and a true connection is made. Later on, frequently the large firm can’t take on a certain project, and they refer the client to the architect from the smaller firm. We are an incredible resource to each other,” Yogev explained.

As president, he hopes to expand the services SARA NY currently provides to its members, bolstering the number of free events as well as orchestrating additional offerings that provide CEU credits. The organization’s open-house tours have been particularly popular among the members. For example, early this year, SARA NY, together with construction manager Foundations Group, arranged tours of Tadeo Ando’s residential project at 152 Elizabeth Street in New York City. “It’s always so exciting to visit someone’s project. We try to do that whenever possible for our members,” Yogev said. The first two tours’ slots were filled immediately, so SARA NY added two more. “There were still people we couldn’t accommodate!” he added. The New York Council also recently organized tours of 53W53, Jean Nouvel’s stunning residential skyscraper erected above The Museum of Modern Art, and of Diller Scofidio + Renfro’s 70-story 15 Hudson Yards condominium tower, both in Manhattan.

Yogev first became a member of SARA NY in 2013. He joined the board of directors in 2015, and became the vice president in 2016. He is also a member of the Architects Council of New York City.

Yogev has spent his entire career with CTA, since joining as a student intern in 1998. He has honed his skills there over the past 21 years, particularly in the areas of design, adaptive reuse, and architectural rendering. He has been instrumental to the firm’s design aesthetic and played a critical role in the development of CTA’s overall design vision. Despite his long tenure there, he states, “It still excites me every day.” Yogev was promoted to Associate in 2007.

His recent projects include the rehabilitation of the Haven Plaza, a four-building, 371-unit, low-income housing complex on Manhattan’s Lower East Side. Work included interior and exterior upgrades, storm damage assessment and remediation after Superstorm Sandy, as well as site-wide storm resiliency upgrades. He also designed an Enterprise Green Communities-certified rehabilitation program at the George Hardy & St. Francis Apartments multifamily building complex. Work included new roofs, windows, and masonry restoration on the exterior, refinished public spaces, and new kitchens and bathrooms in all 204 apartments. Yogev is currently working on the design of the new addition at Public School 206Q in Queens for the New York City School Construction Authority (SCA).

The architect’s commitment to giving back does not end with his profession. Yogev is a founding member and on the board of directors of the Spring of Hope Schools in Cambodia. The organization’s two schools are located in the country’s largest community of Cham, Cambodia’s ethnic Muslim minority. While about half of Cham children complete primary school, only 12% go on to secondary school. Begun in 2014, the schools now teach English and computer skills to over 300 students. In 2015, the Spring of Hope School provided its first full-tuition scholarships to two graduates of the program going on to university in Phnom Penh – an almost unheard-of feat for Cham children, where less than 1% ordinarily go on to higher education.

Asaf is also involved with Friends Without a Border, a non-profit that promotes sustainable healthcare solutions in developing countries by providing high-quality medical care to children in compassionate environments, offering continuing education to Southeast Asia’s healthcare professionals, and improving the health, nutrition, and hygiene of local communities through outreach programs and homecare. About a year ago, Yogev visited Lao Friends Hospital for Children in Laos, which now provides free medical care to more than 20,000 children each year. He has also visited Angkor Hospital for Children, a non-profit pediatric teaching hospital that similarly provides free, high-quality, compassionate health care to children in Siem Reap, Cambodia. Yogev and his husband are on Friends Without a Border’s 17th Annual New York Gala committee.

Additionally, since 1999, Yogev has been a cyclist and supporting crew member for a charity bike ride that raises money to provide services to those with AIDS and HIV.

Yogev grew up in Israel, moving to the U.S. for college in 1995. He first attended Santa Monica College, then Brooklyn’s Pratt Institute, where he completed his B.Arch.

SARA National and NY membership services include seminars, professional and student design competitions, a professional referral service, as well as programs aiming at strengthening and protecting the interests of practicing architects. Members benefit from the organization in multiple ways, from professional recognition among peers to design expertise referral, personal involvement at all levels within the Society, individual achievement recognition, and SARA’s College of Fellows.

The large number of events SARA NY offers includes open-house programs where members from a particular firm open up their offices to fellow members to share their current work, sometimes accompanied by CEU credit due the addition of a manufacturer presentation. SARA maintains relationships with numerous manufacturers and vendors who provide such information and factory tours.

SARA NY’s design awards program is very popular among New York’s design professionals, garnering on average more than 200 submissions from both members and non-members. CTA’s recent restoration project, 54 Bond Street, won one of these awards as well as a national SARA award. The six-story structure is on the National Register of Historic Places.

The Young SARA ARE Study Group was formed in 2017 as a way to both encourage and assist young, aspiring architects to obtain licensure. The group of associate members – members who are not yet Registered Architects – meets once a month to see presentations given by fellow Study Group members as well as guest speakers. Over the past two years, presentations have been given to the group by NCARB representatives, New York City-area college professors, and newly licensed architects. The study group sessions are always free for SARA members, with a $25 charge for non-members.