/ Announcement / Market for Commercial Drones Will Grow to 38 Million Euros

Market for Commercial Drones Will Grow to 38 Million Euros 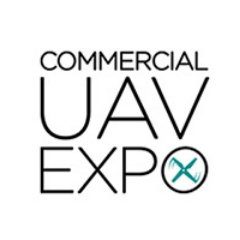 Amsterdam – The market for commercial drone applications is growing at lightning speed. The sector presently generates almost 16 billion euros of revenues, and this figure is projected to nearly 38 billion euros by 2024. At present, drones are being used primarily in the energy, construction, and agricultural sectors, and these sectors are expected to continue leading the charge in the near future. These are some of the conclusions of the study carried out by the German research firm Drone Industry Insights.

The complete results of the research will be presented at Commercial UAV Expo Europe, to be held from 8 up to and including 10 April in the RAI Amsterdam Congress Centre. The presentation will describe how the drone industry has already developed and will develop further in the coming years per country, sector, and application. The most important uses made of drones involve aerial imagery, inspections, mapping & surveying. Examples include inspections of infrastructure, surveying of construction sites and monitoring crops. Drones can even identify and monitor crop diseases.

Rapid growth
Between 2018 and 2024, the market for commercial drone applications will more than triple. According to Kay Wackwitz, CEO and founder of Drone Industry Insights, there are several drivers behind this growth. First, the importance and usefulness of drones is finding increasing recognition. “Drone technology is becoming increasingly accepted. The commercial drone market is still in the early adopters phase, but we are quickly transitioning to the early majority phase when it comes to adoption.” According to the innovation theory of sociologist Everett Rogers, these are the forerunners of the big majority that cause the product to become accepted and sold on a much more massive scale. Countries such as the USA, Japan, and China as well as France and Germany will take the lead in this regard.

In addition, various developments in India are also important. The airspace in India will soon be opened for the commercial use of unmanned aerial vehicles or drones. “This will create a big new market for manufacturers as well as service providers”, according to Wackwitz.

Trends
Besides providing hard data, the research also identifies various trends. Wackwitz mentions the example of drones that are being used to transport (medical) goods or even people. Such applications are going to grow exponentially in countries where there is little or no infrastructure or where traffic in densely populated areas simply grinds to a halt. “In Rwanda, a network has been established in which drones fly from one hospital to the other with (often life-saving) medications; in the rainy season, roads simply become impassable. And in mountainous Switzerland, a company named Matternet transports blood samples and other emergency materials from and to hospitals, clinics, and laboratories.”

When it comes to transporting people, Wackwitz points to the ambitious plans unfolded by the taxi firm Uber. “Under the name of Uber Elevate, the company aims to build hubs on the main traffic routes in the cities. The vision is to have a major hub with the capacity of up to 1000 takeoffs and landings per hour.” Partner cities such as Dubai, Singapore, Dallas and Los Angeles have been selected for that purpose, as traffic there is often a mess and there is an urgent need for mobility alternatives.

Drone Industry Insights has been monitoring the commercial drone market for over four years now and spent the last two years building their bottom-up market model. “Most of the companies don’t make their finances public; they won’t do so for strategic reasons. But we were able to identify other ways of finding the necessary data”, explains Wackwitz.

Registration
Journalists are more than welcome to visit the fair and can register via this link. In step 2, fill in ‘press’ to describe your kind of business.