/ Articles / From the Editor: Use Different Viewpoints to Uncover the Unknown Unknowns

From the Editor: Use Different Viewpoints to Uncover the Unknown Unknowns 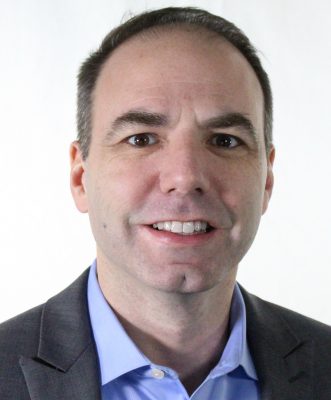 I read a meme-like quote a few days ago: “It amazes me that I can wirelessly transfer data from my brain to another brain by vibrating the air with my voice box.” Simultaneously whimsical and thought provoking, it reminds me to think of everyday things—like talking—from a different perspective. A similar approach may have been on the minds of scientists who recently discovered something startling and new about sound itself.

Four hundred years ago, Isaac Newton laid down the laws of classical physics. Since then, the laws have been thoroughly studied and tested, and are a bedrock of modern science and engineering. Although scientists know they have much to learn about quantum physics and general relativity, they were fairly confident they knew all there is to know about classical physics.

Imagine their surprise when it was recently discovered that sound waves carry mass! Dubbed “phonons,” the mass of these particles was completely unknown and discovered almost by accident. What’s even more incredible: they appear to have negative mass, meaning they would fall upward! These unknown properties of sound have been there all along, just unknown. Not only were the details unknown, but the body of knowledge itself was unknown.

In engineering, there are many examples of the oft-cited “Knowledge Matrix.” There are things we know we know (known-knowns) such as the performance of steel under stress. There are things we know we don’t know (known-unknowns) such as, for me at least, how to design a rocket engine. There also are unknown-knowns, which are hard to pin down; the best examples are related to lack of communication, resulting in some team members with knowledge of an item or issue, but not all. And then there are the things we don’t even know we don’t know (unknown-unknowns).

Although the first three knowledge positions allow for some planning, predictability and—ultimately—mitigation, it’s the last group, the unknown-unknowns, that cause problems for project managers in every industry, including AEC. How can you plan for or mitigate problems if you don’t even know they exist?

If the unknown-unknowns are truly unknown by everyone, then there’s little hope in uncovering them (aside from chance). However, many unknown-unknowns in our industry are susceptible to illumination because someone has information that can change the thinking around a problem.

I recall an anecdote about NASA scientists planning a mission: A group of 50 rocket scientists will probably not perform much differently than a group of 51 rocket scientists. That 51st rocket scientist likely brings a similar body of knowledge, assumptions and viewpoints as the first 50. However, if instead of adding another rocket scientist, what if the 51st person was a chemist? Or biologist? The group now benefits from a point of view that’s (presumably) unhindered by conventional “rocket-scientist thinking.” This approach has broad application in the AEC industry.

How many times have you heard (or unfortunately said) “… because that’s the way we’ve always done it”? Perhaps not literally spoken, but there are implicit assumptions about the way things are designed, managed, built, etc., that can obscure the unknown unknowns, keeping them hidden. By inviting and encouraging diverse viewpoints to our projects, we open the door to challenging assumptions long held to be immutable truths and, in doing so, shine a light on possible better ways to do things.

Luckily, our industry is waking up to this concept on several fronts. Inclusion of ideas from diverse genders, cultures and life experiences is low-hanging fruit with the potential for big financial returns. Technology also provides tools for letting us see things differently; technology conceived, designed and built for one purpose often is reimagined and repurposed for another, resulting in a new way of looking at or doing tasks that were previously “always done” another way.

Personally, each of us has the ability to challenge these implicit assumptions as we go about our daily tasks. Take some time to ask yourself “why am I doing this task this way?” “Is it possible there are better ways to do it?” And then ask someone in a different field the same questions. With a sustained attack on our assumptions, perhaps we can uncover some of the unknown-unknowns in our industry, and move them to known-unknowns and eventually known-knowns.