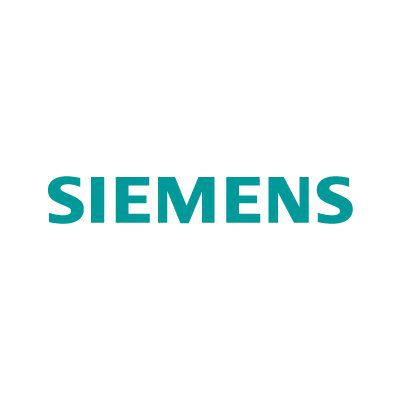 NEW YORK–(BUSINESS WIRE)–Governor Andrew M. Cuomo today announced the selection of a developer to design and install up to 1.4 megawatts of solar renewable energy on the green rooftop of the Javits Center on Manhattan’s West Side. New York City’s largest rooftop solar generation project to date will offset the building’s electric load and directly support the Governor’s Green New Deal, a nation-leading clean energy and jobs agenda for 100 percent carbon-free electricity in New York by 2040 and a ramp up for 70 percent of electricity to come from renewable energy by 2030. Siemens, a technology company and infrastructure provider with nearly 4,000 employees across New York State, was selected in the New York Power Authority’s competitive bid process and will now begin final designs and permitting for the rooftop project.

“New York State is leading the nation in advancing bold actions for a cleaner, greener energy system that also spurs economic growth,” Governor Cuomo said. “Installing solar technology on the roof of the busiest convention center in the United States sets an industry standard for venues throughout New York and across the nation on how best to embrace renewable energy.”

“This significant renewable energy project will help offset the Javits Center’s electricity needs and continue to advance the state’s aggressive clean energy goals,” said Lieutenant Governor Kathy Hochul. “We’re leading the nation in our efforts to ensure our environment is clean and safe for generations, while supporting economic growth across New York State.”

The project, led by the New York Power Authority, will help New York State on its path to economy-wide carbon neutrality and advance New York’s nation-leading clean energy and jobs goals. The project is estimated to offset more than 1.3 million pounds of carbon emissions each year, which is equivalent to removing 262 cars from the road.

Gil C. Quiniones, NYPA’s President and CEO, said, “The New York Power Authority is pleased to partner with one of New York City’s most well-known and high-traffic buildings to bring New York State closer to achieving its clean energy goals. Installing a commercial-scale solar photovoltaic system on the Javits Center roof will lead to significant cost savings and benefit the environment for years to come.”

On behalf of the Javits Center, as first announced by the Governor in August 2018, NYPA issued a call for developers to submit proposals to design, construct and own a commercial-scale solar photovoltaic system through a power purchase agreement.

Siemens, which has been a partner with the Javits Center since its construction in 1986 providing building automation, fire safety and security technology, will own, maintain, and operate the solar array while NYPA purchases the energy produced from the solar array and in turn sells it to the Javits Center through a back-to-back power purchase agreement. Battery storage may also be included in this project and will be determined at the completion of project design. Construction is expected to begin in early 2020.

More than 4,000 solar panels will be constructed over the HVAC units on the Javits Center’s green roof so as not to impact plants on the building’s rooftop. An additional street-level solar array would be constructed on 11th Avenue. The 17-story Javits Center has undertaken numerous projects to drive sustainability efforts in New York City, transforming the nation’s busiest convention center into a LEED Silver-certified jewel on the Hudson River.

A comprehensive renovation completed in 2014 at the Javits Center included a 6.75-acre green roof, one of the largest of its kind in the country. The green roof, complete with metering and sensors to control and customize temperatures throughout the facility, led to highly energy efficient operations, including a 26 percent reduction in energy consumption. The green roof, which will lower ambient temperatures around the arrays and result in a more holistic and efficient design, also has served as a sanctuary for area wildlife, providing a habitat for more than 26 bird species, five bat species and thousands of honey bees. The location and size of the flat roof provides an optimal solution for hosting solar arrays.

Alan Steel, President and CEO of the New York Convention Center Operating Corporation, which operates the Javits Center, said, “Our green roof has become a model of sustainability for buildings throughout the Empire State, and we are proud to work with the New York Power Authority to further expand our environmental impact. For more than 30 years, the Javits Center has served as an economic engine for New York, but with this project, we can continue to reinforce our reputation as an environmental beacon, serving as an inspiration to other venues nationwide.”

Dave Hopping, President and CEO of Siemens Building Technologies – Americas, said, “Having served as a technology partner for critical infrastructure across New York City and New York State for decades, Siemens is proud to support the state’s transition to renewable resources. We applaud Governor Cuomo for his leadership in building a sustainable and more resilient future, and we look forward to expanding our more than 30-year technology partnership with the Javits Center to develop New York City’s largest rooftop solar installation.”

Senator Brad Hoylman said, “The Javits Center is the busiest convention center in the United States—and the perfect place to model a swift transition off of fossil fuels with New York City’s largest rooftop solar project. Climate change isn’t waiting for us, so we can’t afford to wait to prevent its worst impacts. I applaud Governor Cuomo, the New York Power Authority, Siemens, and the Javits Center for their dedication to renewable energy, and bringing green jobs to Manhattan residents.”

Senator Kevin S. Parker said, “Under Governor Cuomo’s leadership, New York has taken serious steps forward to lead the nation toward a green economy. Adding solar paneling on the roof of the Javits Center will be a gamechanger for New York. I commend Governor Cuomo, NYPA and Siemens on their commitment to a sustainable economic future.”

Assemblymember Michael Cusick said, “The work Siemens plans on undertaking at the Javits Center is an example of the kind of innovative urban design New York needs as we continue to reduce our carbon footprint, improve energy resiliency, and ensure reliability. I am looking forward to seeing the completion of this work and hope it serves as a road-map for future efforts.”

Assemblymember Richard N. Gottfried said, “The selection of a bidder to design and install solar energy panels on the Javits Center, the nation’s busiest convention center, shows that New York means business when it comes to taking bold steps toward a healthier environment while growing jobs through clean energy.”

NYPA provides low-cost electricity to governmental agencies, municipal electric systems, rural electric cooperatives, manufacturers and to investor-owned utilities for resale to retail customers across New York State. In addition, the Authority provides customers access to a wide range of services including the development of clean and renewable energy technologies and the promotion of energy efficiency programming at buildings and facilities all across the state.

NYPA is the largest state public power organization in the nation, operating 16 generating facilities and more than 1,400 circuit-miles of transmission lines. More than 70 percent of the electricity NYPA produces is clean renewable hydropower. NYPA uses no tax money or state credit. It finances its operations through the sale of bonds and revenues earned in large part through sales of electricity. For more information visit www.nypa.gov and follow us on Twitter @NYPAenergy, Facebook, Instagram, Tumblr and LinkedIn.

About the Javits Center

Known as the “Marketplace for the World,” the Javits Center was originally designed by I.M. Pei & Partners and opened in 1986. The iconic facility has since become New York City’s primary venue for large conventions, trade shows and special events and serves as home to many of the world’s top 250 trade shows, hosting millions of visitors a year. These events generate up to $2 billion in economic activity and support more than 18,000 jobs a year. Located on 11th Avenue between West 34th and West 40th streets. in Manhattan, the Javits Center has 760,000 square feet of flexible exhibition space, 102 meeting rooms and four banquet halls, as well as a range of technology services, including state-of-the-art WiFi capabilities. For more information, visit javitscenter.com or follow us on Facebook, Twitter,Instagram, LinkedIn and YouTube.

Siemens Corporation, a U.S. subsidiary of Siemens AG, is one of the world’s largest producers of energy-efficient, resource-saving technologies. For more than 160 years, Siemens USA has innovated and invented technologies to support American industry spanning manufacturing, energy, healthcare and infrastructure. In fiscal 2018, Siemens in the U.S. reported revenue of $23.7 billion, including $5.0 billion in exports, and employs approximately 50,000 people throughout all 50 states and Puerto Rico.

Governor Andrew M. Cuomo’s Green New Deal, the nation’s leading clean energy and jobs agenda, will aggressively put New York State on a path to economy-wide carbon neutrality This initiative will provide for a just transition to clean energy, spurring the growth of the green economy and mandating New York’s power be 100 percent clean and carbon-free by 2040, one of the most aggressive goals in the U.S. The cornerstone of this newly proposed mandate is a significant increase of New York’s successful Clean Energy Standard to 70 percent renewable electricity by 2030. As part of the unprecedented ramp-up of renewable energy, New York has already invested $2.9 billion into 46 large-scale renewable projects across the state as it significantly increases its clean energy targets, such as: quadrupling New York’s offshore wind target to a nation-leading 9,000 megawatts by 2035; doubling distributed solar deployment to 6,000 megawatts by 2025; and deploying 3,000 megawatts of energy storage by 2030. To support this ambitious work, NY Green Bank intends to use its expertise in overcoming financing gaps to foster greater environmental impacts per public dollar by raising over $1 billion in third party funds to expand climate financing availability across New York and the rest of North America.

The Green New Deal builds on Governor Andrew M. Cuomo’s landmark Reforming the Energy Vision strategy to lead on climate change and grow New York’s economy. REV is building a cleaner, more resilient and affordable energy system for all New Yorkers by stimulating investment in clean technologies like solar, wind, and energy efficiency. Already, REV has driven growth of nearly 1,500 percent in the statewide solar market, improved energy affordability for 1.65 million low-income customers, and has led to more than 150,000 jobs in manufacturing, engineering, and other clean tech sectors across New York State.

To learn more about the Green New Deal and REV, visit rev.ny.gov, follow us on Twitter,Facebook, and LinkedIn.