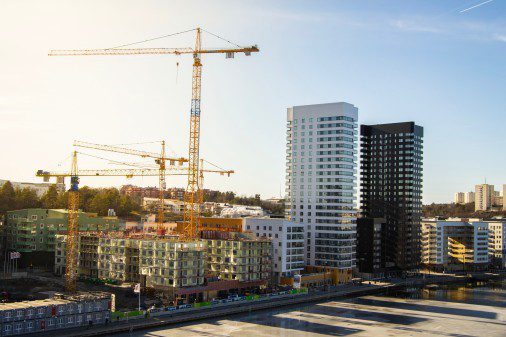 “We’re the economic growth engine of the Nordic countries and one of the fastest growing regions in Europe. So if you are a global investor looking to cover the Nordics, Stockholm is the obvious choice,“ says Erik Krüger, acting CEO of Invest Stockholm.

With a rapid growth of people and businesses the need for new infrastructure, housing and workplaces is large. More than half of the total investments are in residential buildings, with the planned projects including more than 400 000 dwellings.

The expected volume of construction over the coming years largely exceeds what can be accomplished with the existing regional working force. The Stockholm county alone will be in need of approximately 46 000 construction workers  in mostly manual labour trades.

The large volume of investment s in construction projects and the shortage of labour force provide great opportunity for international investors and construction companies to enter the Stockholm region.

About the report
This report, commissioned by Invest Stockholm and written by Tyréns AB, summarises the most interesting/largest construction projects in the Stockholm region. The purpose is to measure the potential of the region in order to facilitate a market entry for investors and construction companies. The report is updated every two years.