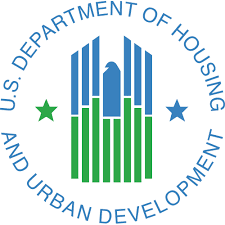 DENVER– Evelyn Lim was sworn in to serve as the U.S. Department of Housing and Urban Development Regional Administrator, serving the six states in HUD’s Rocky Mountain Region which includes the States of Colorado, Montana, North Dakota, South Dakota, Utah, and Wyoming. She is one of 10 HUD Regional Administrators appointed by the Trump Administration throughout the United States.

“I am thrilled that such an accomplished and well-respected public servant is joining HUD,” said HUD Secretary Ben Carson. “Ms. Lim’s vast public and private sector experience, talent, and leadership skills will improve HUD’s ability in the Rocky Mountain Region to increase access to affordable, safe, and decent housing.”

As the Regional Administrator, Ms. Lim will serve as HUD’s liaison to mayors, city managers, state and local officials, members of Congress, private and non-profit developers, stakeholders and customers. “I am honored to join Secretary Carson, our regional staff, and committed community partners across the Rocky Mountain Region to address the affordable housing and economic development needs for families, veterans, and other vulnerable populations in our communities,” said Ms. Lim.

Prior to her appointment at HUD, Ms. Lim served as the Deputy Chief of Staff for Operations at the Department of Homeland Security (DHS), the third largest federal cabinet department with over 240,000 law enforcement, military, and civilian employees. She began her public service career in 2003 at DHS shortly after its creation and served in the White House under President George W. Bush. For her service at DHS she was awarded the Distinguished Service Medal in 2019.

Ms. Lim moved to Denver, Colorado in 2009 and continued her career in the private sector as the CEO of an organization whose philanthropic interests included early childhood education, veteran transition issues, and recovery from substance addiction. She later co-founded a consulting firm that provided organizational development strategy for corporate and nonprofit organizations with a focus on government affairs, strategic policy development, and philanthropic and political advisory services. Prior to accepting an appointment at DHS, Evelyn was the Director of Operations at Colorado Concern, a non-partisan, membership organization that advocates for business-friendly policies for Colorado.

Ms. Lim received her undergraduate degree from the University of Illinois at Urbana- Champaign and her Juris Doctor from DePaul University in Chicago.