/ Energy / “Liberty Wind” Proposes To Deliver Up To 1,200 Megawatts of Offshore Wind Power to New York

“Liberty Wind” Proposes To Deliver Up To 1,200 Megawatts of Offshore Wind Power to New York 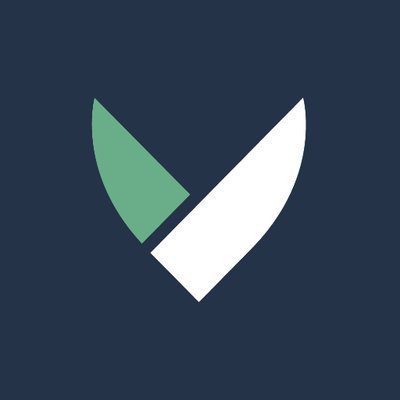 Liberty Wind will also bring substantial economic development and job creation benefits to New York, providing hundreds of millions of dollars in economic activity and thousands of jobs on Long Island, the Capitol Region, and in New York City. Foundation components will be fabricated at a port facility in the Capitol Region and transported down the Hudson River to the project site in the Atlantic Ocean.

Liberty Wind’s turbines will be located in federal waters 85 miles away from the nearest New York shore, and will not be visible from any New York shoreline. The project will deliver up to 1,200 megawatts of clean power directly to the New York grid at an existing substation on Long Island. The power will be delivered by a submarine cable that comes to shore and is then buried along an existing roadway onshore. The grid connection will utilize an advanced high voltage direct current system that will ensure reliable delivery of the energy and also enhance the resiliency of New York’s grid, particularly in outage situations during major storms.

“Our team’s extensive offshore wind experience from around the world and nearby in New England, where we are building the nation’s first utility scale offshore wind project, allows us to deliver the best project for New York,” said Lars Thaaning Pedersen, CEO of Vineyard Wind. “Liberty Wind will bring clean energy at the lowest price to New York ratepayers along with substantial economic benefits for the state through investments in local infrastructure and businesses and by utilizing the state’s existing supply chain and workforce.”

“Anbaric is delighted to be teaming up with Vineyard Wind on the Liberty Wind Project,” said Anbaric CEO Ed Krapels. “Our buried cable will bring renewable power into the heart of the Long Island electric grid, where it can be distributed to hundreds of thousands of customers in southern New York. This is the first leg of a well-designed New York ocean grid for offshore wind that will help achieve Governor Cuomo’s goal of building a planned offshore grid.”

ABOUT AVANGRID RENEWABLES
Avangrid Renewables, LLC is a subsidiary of AVANGRID, Inc. and part of the IBERDROLA Group. It is a leading renewable energy company in the United States, owning and operating a portfolio of renewable energy generation facilities primarily using wind power. IBERDROLA, S.A., is an energy pioneer with one of the largest renewable asset bases of any company in the world. Avangrid Renewables is headquartered in Portland, Oregon. For more information, visit www.avangridrenewables.com.

ABOUT COPENHAGEN INFRASTRUCTURE PARTNERS
Copenhagen Infrastructure Partners K/S (CIP) is a fund management company founded in 2012 by senior executives from the energy industry. CIP and its executives have developed some of the biggest offshore wind projects in the world, and CIP manages more than $4 billion in assets.

ABOUT ANBARIC DEVELOPMENT PARTNERS
Anbaric Development Partners was launched in 2017 by Anbaric, a leader in the development of clean energy transmission and microgrid projects, and Ontario Teachers’ Pension Plan, Canada’s largest single-profession pension plan, to develop clean energy infrastructure projects. The partnership is focused on accelerating the revitalization of aging transmission networks in North America.

ABOUT ANBARIC
The Anbaric team has recent experience in the development and construction of transmission projects of similar type, size and technology.  Anbaric has helped develop two major HVDC transmission lines from New Jersey to New York State: the first, to Long Island, is the Neptune Regional Transmission System, completed in 2007, and the second, to Manhattan, is the Hudson Transmission Project, completed in 2013.  The company is privately owned and it or its principal, Edward Krapels, has been in the transmission development business since 1999. The Ontario Teachers’ Pension Plan owns 40 percent of Anbaric.