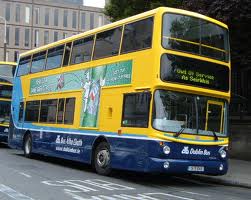 IBM announced it is helping the City of Dublin use Big Data to identify and solve the root causes of traffic congestion in its public transport network throughout the city, which means improved traffic flow and better mobility for commuters. Integrating data from a citywide network of sensors with geospatial data means that city officials are able to better monitor and manage traffic in real time.

The Dublin City Council (DCC) delivers housing, water and transport services to 1.2 million citizens across the Irish capital. To keep the city moving, the council’s traffic control center works together with local transport operators to manage an extensive network of roads, tramways and bus lanes.

In a collaboration with IBM researchers, its road and traffic department is now able to combine Big Data streaming in from an array of sources – bus timetables, inductive-loop traffic detectors, and closed-circuit television cameras, GPS updates that each of the city’s 1,000 buses transmits every 20 seconds – and build a digital map of the city overlaid with the real-time positions of Dublin’s buses using stream computing and geospatial data.

Traffic controllers can now see the current status of the entire bus network at a glance and rapidly spot and drill down into a detailed visualization of areas of the network that are experiencing delay. These insights and the interface allow visualization of the data give them an opportunity to identify the cause of the delay as it is emerging and before it moves further downstream. This approach can accelerate the decision-making process to clear congestion more swiftly.

Additionally with improved reporting now in place, the data can help the city identify the optimal traffic-calming measures to reduce congestion. It can also help answer questions such as whether the bus line start times are correct or the best place to add additional bus lanes and bus-only traffic systems.

For example, using advanced analytics on data collected on each bus’ journey showed that some buses were being passed on route by buses that departed at a later time during rush hour. Now, IBM researchers, the DCC and city bus operators are working to pinpoint why the distance or time between busses, also know as headways, are diverging in this manner and what measures can be quickly put into action that will improve traffic flow at these specific peak times.

“Until recently we had a fragmented view of the overall health and real-time status of Dublin’s transport network, making it very difficult to identify traffic congestion in its early stages because the causes of a delay had often moved on,” said Brendan O’Brien, Head of Technical Services, Roads and Traffic Department at Dublin City Council. “As a result of the research collaboration we now have a better idea of how multiple data can be merged from across different sources and the IBM Research prototypes show what can be achieved in this area.”

Based on the success of the use of data from the city’s bus fleet, DCC and IBM Research are engaged in additional projects to look at how traffic control can be assisted and congestion eased in the city. These projects include: integrating meteorological data into the traffic control centre so operators can take prescriptive actions to reduce extreme weather conditions impact on commuters and a predictive analytics solution combining data from the city’s tram network with electronic docks for the city’s free bicycle scheme.

This effort is part of a unique collaboration between IBM and Dublin City Council that began in 2010. As a part of Dublin’s effort to becoming a leading Smarter City through its embrace of technology to stimulate economic activity and meet the challenges of a globally competitive city for the future, it shares data generated by city services, such as transportation and its operational expertise running the city with IBM researchers. The IBM Research lab in Dublin focuses on cities and advancing science and technology for intelligent urban and environmental systems through Big Data, analytics and optimization.

“Constantly in motion, cities generate enormous amounts of data that can help officials deliver a better quality of life for its citizens and build competitive advantage with the right tools,” said Dr. Francesco Calabrese, Research Manager, Smarter Urban Dynamics, IBM Research – Dublin. “Dublin is becoming a smarter city by harnessing Big Data, extracting actionable insights from its transport data and delivering these instantly to decision makers so they can improve traffic flow and awareness of how to prepare for their future transportation need.”

Using Big Data analytics techniques, the new Vehicle Awareness and Prediction feature, which is based on IBM InfoSphere Streams and developed by IBM Research, is now part of IBM Intelligent Operation Center’s Intelligent Transportation solution. IBM’s software solutions for cities draw on experience gained from Smarter Cities projects with cities around the world. IBM InfoSphere Streams software, part of IBM’s Big Data platform, can analyze and share data in motion, providing real-time decision making in environments where thousands of decisions can be made every second.