/ Articles / Clearing a Hurdle for the Potomac Yard Metro Station

Clearing a Hurdle for the Potomac Yard Metro Station 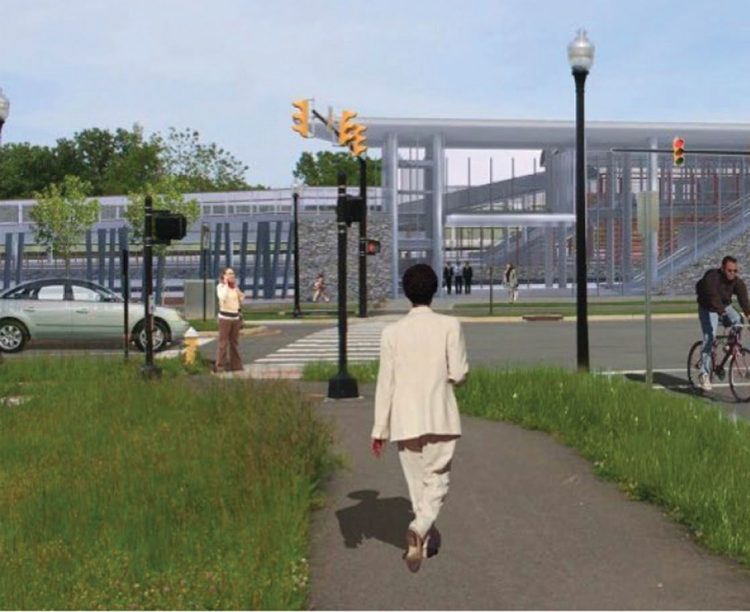 Innovative financing played an important role in getting a long-anticipated Metrorail station on track for a 2021 opening.

The addition of a Washington Metropolitan Area Transit Authority (WMATA) rail station at Potomac Yard is a central feature to successfully redeveloping a 300-acre former rail yard in Alexandria, Va., into an accessible and walkable mixed-use development, poised to give the area an economic boost.

In September 2018, WMATA and the city of Alexandria awarded Potomac Yard Constructors a $213.7 million construction contract for the Potomac Yard Metrorail Station. The project is a joint venture of Halmar International and Schiavone Construction, well-established subsidiaries of global construction companies.

“Once complete, the station and surrounding development will create a thriving community, connected by transit, where people can enjoy seamless access to jobs, education, stores, restaurants and entertainment options—both onsite and throughout the region,” says WMATA General Manager Paul J. Wiedefeld.

The station, to be built on Metrorail’s Yellow and Blue lines between the existing Braddock Road and Ronald Reagan Washington National Airport stations, will provide an extensive range of benefits for Alexandria and the surrounding community, including walkable access to regional transportation systems for neighborhoods in the northeast area of the city. The project will provide 12 million square feet of new commercial and residential development, generate billions of dollars in new private-sector investment over the long term, and introduce 26,000 new jobs and 13,000 new residents to the revitalized neighborhood. 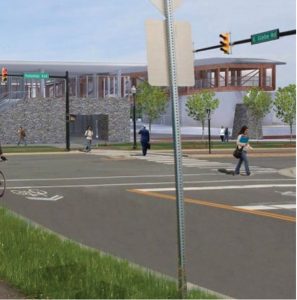 Potomac Yard station is part of a neighborhood revitalization project that will provide 12 million square feet of new commercial and residential development to the area.

Until recently, it seemed possible that uncertainty surrounding the station’s cost and real estate development timing might derail plans that have been in the works since 2009, as city of Alexandria officials were trying to determine how best to plan and budget for the new station.

“Given its scale, its close proximity to the Washington, D.C., metropolitan area, and adjacency to the Metrorail Blue and Yellow lines, a Metrorail station at Potomac Yard would increase the economic development potential of Potomac Yard as well as ease vehicular traffic demand along the Route 1 corridor,” says Tim Thornton, principal consultant for economic analysis and strategy at WSP, a global engineering consultancy headquartered in Montreal.

For the past 10 years, WSP has been providing the city with ongoing financial analysis consulting services to assist several city of Alexandria departments on how best to pay for the new station. The initial work culminated in a value-capture analysis to fund the station, followed by ongoing assistance and updates as the project evolved from planning to implementation. The firm’s initial analysis led to a viable solution that kept the $320 million project on track.

“Our team developed a financial analysis, which demonstrated that channeling revenue from new real estate development surrounding the station through several value-capture mechanisms would completely pay for the station,” explains Thornton. “This helped shape the terms of a station funding plan and developer agreement adopted by Alexandria City Council in 2010.” 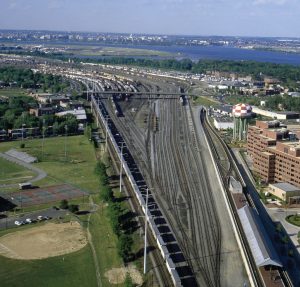 The three-mile stretch between the Braddock Road and Reagan National Airport Metrorail stations is currently the longest distance between two stations inside the Capital Beltway.

The three-mile stretch between the Braddock Road and Reagan National Airport Metrorail stations is currently the longest distance between two stations inside the Capital Beltway (Interstate 495). Alexandria officials felt a new Metrorail access point between the stations was essential to the success of the overall redevelopment plan and sought innovative financing strategies that would serve residents, employees and businesses.

“The biggest challenge initially was determining not just the most financially viable revenue scenario, but the most politically feasible combination as well,” adds Thornton. “With revenue sources from net new taxes, special district taxes and developer contributions, a diverse set of stakeholders are impacted, and striking that balance where everyone is happy with the outcome is a huge challenge.”

WSP gathered and analyzed several inputs in the process, which included estimating revenue over time and required an understanding of commercial and residential real estate values, retail sales potential, hotel occupancies and other drivers of city fiscal revenue.

“The real key to our ability to add value had to do with our team’s approach to financial modeling, which involves a methodology that allows for the development of flexible models that can run several scenarios and be adapted on the fly,” says Thornton.

This flexibility allowed WSP to respond to client questions quickly, even at times when there were three different real estate build-out scenarios and four different station location alternatives, resulting in a dozen different scenarios to analyze.

Three key revenue-generating mechanisms emerged from the analysis that showed the project could be financed solely on revenue generated by the nearby development without any impact on the city’s existing tax base. The city’s station fund began collecting revenue from the following sources in 2011 in advance of station construction:

1. Net new taxes created from the development that account for the fiscal costs, including public safety, schools and other city services, with the remainder channeled to the station fund.

2. Two tiers of special taxes: 1) a higher tier for the district located closer to the station that will derive greater benefit from it and 2) a second tier for land further away from the station (tier-two collections will commence once the station opens).

3. Developer contributions based on square footage of new construction within a quarter mile of the station.

According to Thornton, each of these value-capture mechanisms has been used in the past in various forms by other jurisdictions, but they aren’t often combined in a way that entirely avoids diverting revenue away from a city or county’s general fund. City officials also negotiated a shortfall guarantee provided by the developer, such that if station fund revenue collected wasn’t sufficient to cover the city’s debt service in a given year, the developer would fill the gap to further reduce the city’s financial risk.

WSP’s involvement and advice put Alexandria in a stronger financial position for the next stages of the Potomac Yard station project. By demonstrating this revenue stream, WSP was able to help the city with a successful application for a $50 million loan from the Virginia Transportation Infrastructure Bank. WSP also advised the city on securing a Transportation Infrastructure Finance and Innovation Act loan of approximately $88 million.

The recent selection of the project’s contractor is another milestone in the effort to bring a new transit station to Alexandria. Considering the project’s impact, it’s a milestone that hits Thornton close to home.

“In my position at WSP, I work at the intersection of real estate economics and infrastructure finance,” he says. “It has been a very rewarding opportunity to work on something like Potomac Yard, which calls for knowledge of both areas. I lived in Alexandria for a time and have an appreciation for what the new station will contribute to that community.”

Last fall, the city sought public input on design changes to the new station, including the contract’s requirement to improve access from the south to the station’s north entrance. Also, Amazon’s recent announcement that it will transform the Crystal City portion of Arlington into a modern tech hub as part of the company’s multibillion-dollar HQ2 corporate headquarters plan prompted Virginia to pay to construct a second entrance to the new station, a project that had been previously cut because of cost concerns. Construction is expected to begin on the station in spring 2019, with completion set for late 2021 or early 2022.