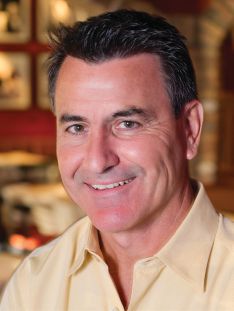 Fred Stampone is the CEO of Sunbolt, which has installed solar-powered mobile device charging stations throughout the United States and Mexico.

In 2017, Hurricane Maria devastated Puerto Rico’s power grid, leaving millions without electricity for homes, clean water pumps and other essential services. Although its current solar-powered workstations aren’t robust enough to power these types of life-saving services, Sunbolt is providing six solar-powered charging workstations to Puerto Rico University that can at least recharge smartphones, laptops and other mobile devices to maintain contact with family and friends on the island and abroad. Each Campus XL solar-charging workstation provides the capacity for an average of 75-150 mobile-phone charges per day through four 120V and eight USB electrical outlets built into a durable outdoor structure.

There are 11 campuses in the University of Puerto Rico system and about 60,000 students. It’s estimated that Hurricane Maria caused $130 million of damage across the system. The university was out of commission for 40 days.

“In a region of San Juan they call Rio Piedras, there’s a center at the university called the Molecular Sciences Research Center,” says Stampone. “It’s significant because it maintained power throughout the storm. They never lost the internet, so it became a vital resource for people to maintain contact with their family, both on and off the island. And that’s the way I would characterize our products, in a much smaller fashion than what this building was able to do, because people were literally hanging out in the lobby of this building charging phones and connecting with their families.

“You will see people hanging out around our workstations,” he adds. “They become a bit of a community, if you will. Some people refer to them as picnic tables, but they’re an outdoor workspace, and there are a lot of benefits of working outdoors. The next serious storm may do similar damage. So, although our products do not produce megawatts of electricity, they can keep hundreds of people on a weekly basis connected to vital communications.”

Inspired by the destructive aftermath of Hurricane Sandy as more than 8 million homes lost power in 17 states, Ian Jones, one of the founders of Sunbolt, recognized the need for an off-grid solution that would provide electricity during major power outages.

The company now has four main products: CampusXL, Momentum, Velocity and Dash. All but the Dash are self-ballasted to a wind-load factor ranging from 130 to 170 miles per hour, with varying footprints, features and prices.

The company was launched with initial workstation sales to the University of California at Riverside, and universities remain a core clientele. But inroads also have been made into the corporate campus market, including IBM, AT&T and SAP of America. Parks and municipalities are another emerging market.

“If you think about the nature of a park, many areas are off the grid,” notes Stampone. “The product is a natural fit for municipal facilities professionals wanting to identify types of amenities would benefit visitors and a way to increase utilization of certain areas in a park.”

In terms of future applications of solar-powered charging stations, Stampone believes larger systems with higher-capacity battery banks could provide enough power for broader uses, including use of power tools and life-saving systems such as water pumps.

“You can provide portable power just about anywhere, with the only requirement being access to the sun,” he adds.

Warehouse rooftops are a prime candidate for off-grid electricity, due to their square footage and already-installed canopy for installation. Another area where he sees prospects for growth is in outdoor landscaping and architecture.

“The landscape architects of the world are out there specifying site amenities, and they’re just now starting to pay serious attention to off-grid mobile device charging,” says Stampone. “But those producing site amenities, the outdoor furniture manufacturers, are all over this category and increasingly want to incorporate solar functionality into their furniture.

“People like to stay productive, and they want to stay connected while they keep moving from indoors to outdoors,” he adds. “I think it’s a smart way to design outdoor spaces, with some practical and useful sustainable elements.”