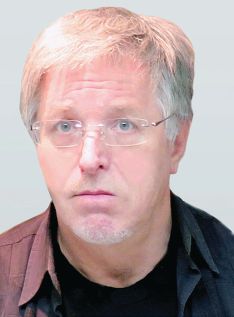 Bruce Nagy is the author of The Clean Energy Age: A Guide to Beating Climate Change as well as more than 150 feature articles on clean technology, government programs and energy economics. He is a speaker for Al Gore’s Climate Reality Project, and develops reports and communications for clean technology firms, professional and trade associations, environmental groups, and universities.

While working on his articles and book throughout the last 17 years, Nagy discovered that by focusing on the solutions and not the problems, he found a stream of excited experts who wanted to talk about solutions to climate change that would really work.

“There’s actually a high level of consensus among experts on what the solutions are,” he notes, adding that companies and individuals can save a lot of money though tighter building envelopes and clean energy systems that create and use electricity.

“Wind and solar costs less than gas and coal to make power for electricity,” adds Nagy. “Electric cars sold 300,000 in 2018 in the United States—a 100 percent increase from last year compared to 28 percent, 27 percent, in previous years. Electric vehicles are just a better product.”

A Culmination of Life’s Work

The Clean Energy Age explains how the technology and economics of clean energy are driving large-scale changes in three of the biggest sectors of the world economy: construction, transportation and electricity generation. Nagy then provides a dozen Top 10 lists that take readers through step-by-step ways to save money, reduce your carbon footprint, and win in the clean energy age. He uses the lists because they make a complex subject simpler to understand.

He made a dozen lists, including those for homeowners, business people, government people, engineers, architects, teachers, media and medical practitioners.

“You may not like the Top 10 list that I’ve made for your particular group,” he adds. “If you don’t, that’s great. Buy the book, get the list and rewrite it the way you like, but at least you’ll have a plan. That’s the thing most people need: they need to get started. They need to accept personal responsibility and just start.”

Can We Really Win?

The Intergovernmental Panel on Climate Change (IPCC) issued a recent report saying humans have 12 years left to make major carbon-emission improvements before going “beyond the point of no return” in terms of the climate.

“That’s very frightening, but I think we need not pay too much attention to the horror stories,” counters Nagy. “We need to realize that in human history, when we’ve had a crisis, we’ve been able to all rise up and beat the odds.”

Through research and expert interviews, he believes we have plenty of solutions to combat—and overcome—climate change. The problem is political and public will.

How Engineers Can Help

Among other action items, Nagy strongly encourages engineers and experts to get involved in creating better and greener building codes.

“Building codes are a process,” he describes. “It’s also a career opportunity. In most jurisdictions, the building code is developed by people in the industry themselves. Get on that committee, put it on your resume, make some friends, get a new job, get promoted, get new contacts, network a little, and help work toward a greener code for a future world.”

Another way engineering firms can help is by working on green projects. He points to the Kuakini Medical Center in Hawaii as an example. After 15 or 20 years, the hospitals’ chillers and coolers were breaking down, and they needed a whole new heating, ventilation and air conditioning (HVAC) plant. Short on money, they found a third-party company that included a financier and an engineering firm, which bought the hospital’s heating and cooling facility. They rebuilt it, paid for it and own it; the hospital then had to pay them back as a loan, but the payments were equal to the utility savings of the new, cleaner, greener technology, which was about $1.1 million each year.

Nagy believes there are a lot of good things happening in the world of clean energy, but there isn’t enough momentum behind these initiatives.

“You have to start voting with your wallet, and you have to start looking at priorities,” says Nagy. “I can recycle ‘until the cows come home,’ but really, I need to fix my building, buy an electric car, and vote for people who are buying wind and solar power—not gas and coal.”