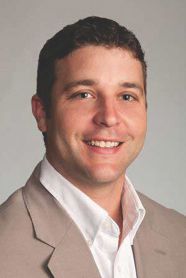 It’s well known that lead is harmful. Also well known is the metal’s usefulness as a component of industrial coatings because it holds up against the elements and helps prevent corrosion.

As infrastructure and assets age, it’s a matter of when, not if, workers encounter lead hazards. That’s why businesses, industry organizations and governments have worked together to put lead-abatement procedures in place and develop lead-safe work practices. Use the following resources and information to help keep workers and the environment safe during lead-abatement projects.

One of the most important steps in lead abatement is identifying lead hazards in assets and determining what risks those hazards pose to workers, the general public and the environment. Risk assessments determine the location and severity of lead hazards on a painted surface as well as the environment surrounding it.

Examples of lead hazards include the following:

• Any surface painted with lead-based paint in close proximity to young children.

Renovations and retrofits also pose risks because, although lead-based paints aren’t dangerous when they’re in good shape, they’re hazardous once they’re disturbed. Risk assessments can be used to help craft appropriate abatement plans and help firms search for the proper contractor for the job.

There are four ways to mitigate lead hazards:

1. Replacing part of an asset coated in lead-based paint in exchange for a part that isn’t.

2. Enclosing a part or surface covered in lead-based paint with a solid barrier.

3. Encapsulating a part or surface covered in lead-based paint so it’s not accessible.

It’s important to study lead hazards thoroughly to determine which lead-abatement procedure is best. For example, removing lead-based paints or replacing parts or surfaces covered in it are the most permanent solutions, but they’re also the most expensive and time consuming. It might not make practical or economic sense to go to that expense if safe abatement can be achieved a different way.

On the other hand, encapsulation and enclosure are the relatively faster and cheaper methods of lead abatement, but managers must be sure the enclosed or encapsulated hazards aren’t disturbed.

Both the Occupational Safety and Health Administration (OSHA) and the Environmental Protection Agency (EPA) have rules to ensure workers are kept safe from lead hazards on the job.

In 1978, OSHA established a permissible exposure limit (PEL) for workers in general industry and maritime that declares 50 micrograms per cubic meter as the highest level of lead in the air to which a worker can be exposed. The standard also places requirements on employers to monitor lead levels as well as provide for medical evaluation and treatment for workers. A standard applying to the construction industry was published in 1995 and set an identical PEL.

The EPA’s Renovation, Repair and Painting Program—adopted in 2008 and effective in 2010—sets standards for employers if their workers must disturb paint in residential, educational or childcare settings built before 1978, when lead-based paints in those settings were banned. Under the rules, workers must be trained and certified in lead-safe work practices; firms must be EPA-certified.

The program’s 2008 implementation came a decade after initial public hearings on the matter began. Minor amendments were adopted in 2009, 2010, 2011, 2015 and 2016. The EPA provides a handbook for businesses to learn whether they comply with the program. When it comes to lead-safe work practices, the Society for Protective Coatings (SSPC) administers the certifications contractors must maintain to comply with federal rules.

Lead abatement is about more than ensuring critical assets are kept in good working order. The environmental and human health risks associated with lead hazards mean asset owners need to plan ahead for them before they become a problem.

Dane McGraw is the director of Business Development for Thomas Industrial Coatings and has more than 11 years of industrial coatings and lead abatement experience. In addition to being SSPC C-3 certified, he has various state lead supervisor licenses; Web: www.thomasindcoatings.com.