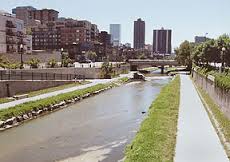 Through the partnership, agencies are working to revitalize urban waterways and communities that surround them, transforming overlooked assets and driving urban revival. The U.S. Department of Education will join the 11 existing agencies, expanding the expertise of the partnership by connecting school groups with their local waterways and preparing students for careers in science. The U.S. Department of Energy will also join to help communities accelerate the adoption of clean energy technologies. With the addition of the two agencies, the expertise and resources available to the sites are expanded.

The 11 new project locations are:

“Our waterways should be assets that communities can access and enjoy, especially in urban areas, where so many Americans live and work,” said Nancy Sutley, Chair of the Council on Environmental Quality. “Through this innovative initiative, Federal agencies are working together with local partners to focus their resources and expertise on revitalizing urban waterways and promoting the health and economies of surrounding communities.”

“Since we launched the Urban Waters Federal Partnership two years ago, we’ve seen firsthand what the transformation of degraded urban waterways into clean, healthy and treasured centerpieces can do for local communities – not only from an aesthetic standpoint, but also from a public health and economic standpoint,” said Acting EPA Administrator Bob Perciasepe. “Restored urban waters can reinvigorate communities, and I am confident the new project locations will see the same success the Partnership’s efforts have already supported across the country.”

“Restoring urban waterways not only helps protect our water quality, urban parks and wildlife refuges, but also provides increased recreational opportunities that benefit residents and local economies,” said Deputy Secretary of the Interior David J. Hayes.  “From the Grand Rapids River, to the Delaware River Basin and the Middle Rio Grande, Interior agencies are working as part of the Urban Waters Federal Partnership to get more Americans outdoors for their health, as well as the health of their communities and their economies.”

“Restoring these water ways is not only important for improving the water that we all depend on, but for spurring economic growth and creating recreational opportunities in these communities as well,”  said Agriculture Secretary Tom Vilsack. “USDA has contributed $1.2 million in financial assistance to support these projects to date, and we will continue providing expert staff and technical assistance to help revitalize water in communities throughout the country.”

“The protection and revitalization of rivers and watersheds in urban areas not only demonstrates this administration’s commitment to improving public health and restoring natural resources in urban communities, but also helps beautify and increase property values in neighborhoods that are being developed or revitalized close to urban rivers,” said HUD Deputy Secretary, Maurice Jones.

With the addition of 11 new locations across the country, the work of the partnership, now in 18 communities, will expand to the country’s largest cities and underserved communities. These projects will further the goals of the partnership and address a wide range of issues such as improving water quality, restoring ecosystems and enhancing public access to urban waters. A progress report also released today details the successes and plans for future actions at each program location, as well as actions taken by each of the federal partners.

Americans use urban waterways as sources of drinking water and for a variety of activities including boating, fishing and swimming. Revitalizing these urban waterways will reconnect citizens to open spaces, and have a positive economic impact on local businesses, tourism and property values, as well as spur private investment and job creation in communities.

Launched in 2011, the Urban Waters Federal Partnership closely aligns with and advances the work of other White House efforts such as the Partnership for Sustainable Communities by revitalizing communities, creating jobs and improving the quality of life in cities and towns. The partnership also supports President Obama’s America’s Great Outdoors Initiative aimed at making the federal government a better partner with communities that are working to provide safe, healthy and accessible outdoor spaces.

The participating agencies are: