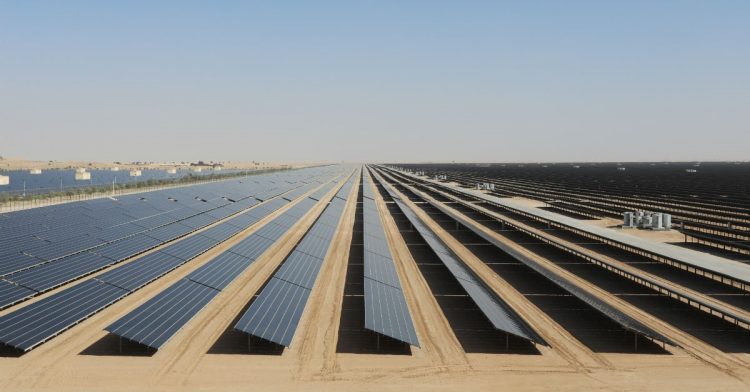 Abu Dhabi, UAE – Renewable energy is the most competitive form of power generation in Gulf Cooperation Council (GCC) countries, according to a new report published today by the International Renewable Energy Agency (IRENA). Abundant resources, together with strong enabling frameworks have led to solar PV prices of below 3 cents per kilowatt hour and dispatchable concentrated solar power (CSP) of 7.3 cents per kilowatt hour, which is less than some utilities in the region pay for natural gas.

The findings come as GCC economies seek to diversify their economies against the backdrop of fast-growing domestic energy demand and a desire to safeguard hydrocarbon export revenues for the future.

“The GCC is among the most attractive regions in the world to develop large-scale solar and wind energy projects as a result of resource abundance and a favourable policy environment, a fact that is backed up by record low prices,” said IRENA Director-General, Adnan Z. Amin. “As a fossil-fuel exporting region, the GCC’s decisive move towards a renewable energy future is a signal to global investors and to the energy community that we are experiencing a step-change in global energy dynamics and a true energy transformation.”

At the end of 2017, the region had some 146 GW of installed power capacity, of which renewable energy accounted for 867 megawatts. Around 68 per cent this capacity was in the UAE. This represents a four-fold increase on capacity in 2014. Following the UAE are Saudi Arabia with 16 per cent and Kuwait with nine per cent of regional capacity.

With renewable energy targets now in place across the region, the GCC is poised for a significant acceleration in renewables deployment as countries pursue national goals. Under current plans, the region  will install a total of almost 7 gigawatts (GW) new power generation capacity from renewable sources by the early 2020s.

Solar PV dominates the region’s renewables outlook, accounting for three-quarters of the regional project pipeline, CSP and wind accout for 10 per cent and nine per cent respectively. Solar-assisted enhanced oil recovery in Oman is also expected to contribute about 1 gigawatt-thermal (GWth) in 2019.

Proactive policies are central to accelerating renewable energy deployment, per the report, suggesting that lessons can be drawn from the GCC countries where substantial inroads have been made thanks to firm government commitments and credible, time-bound targets with a clear focus on a supportive business environment for investments.

The International Renewable Energy Agency (IRENA) is the global intergovernmental organisation that supports countries in their transition to a sustainable energy future, and serves as the principal platform for international co-operation, a centre of excellence, and a repository of policy, technology, resource and financial knowledge on renewable energy. With 160 Members (159 States and the European Union) and 23 additional countries in the accession process and actively engaged, IRENA promotes the widespread adoption and sustainable use of all forms of renewable energy, including bioenergy, geothermal, hydropower, ocean, solar and wind energy, in the pursuit of sustainable development, energy access, energy security and low-carbon economic growth and prosperity.