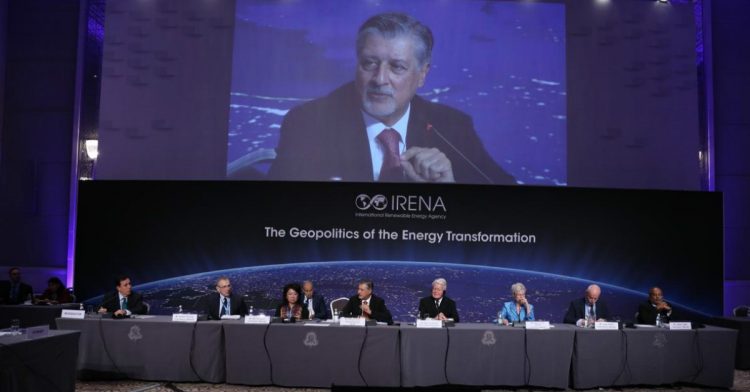 ALEXANDRIA, Va.- Today, rand* Construction Corporation—a national construction firm specializing in tenant interiors, building renovations, retail, restaurant and design-build construction services with annual sales in excess of $300 million—announced the appointment of Bob Milkovich as the company’s new Chief Executive Officer. Additional leadership changes include, longtime employees David Fletcher and Tim Schmidt being promoted to Co-managing Principals of the Metro Washington region.  Milkovich will replace current CEO, Linda Rabbitt, who founded the company in 1989 and along with a team of dedicated leaders has grown it from a local interiors firm headquartered in the Metro Washington region to a multi-market construction company offering a wide range of services to regional and national clients.

“Every successful company must focus on the future and with Bob at the helm, I am confident that rand*’s future is bright. His financial expertise, industry acumen, demonstrated leadership skills, and commitment to rand*‘s core values make him well- equipped to build upon our strong foundation,” said rand* founder, Linda Rabbitt.

“When I look at rand* I not only see a success story, but also a growth story. rand* has an impressive 30-year legacy of excellence and leadership under Linda Rabbitt,” said Bob Milkovich, rand*’s new CEO. “Vision alone does not result in success and excellence. It must be coupled with a faithful commitment to superb execution. Linda brought both to rand*, and I am honored to have the opportunity to build upon the strong financial, client, and talent base she has created.”

Milkovich brings over thirty years of commercial real estate experience and leadership experience to his new role at rand* construction. He most recently served as the CEO and on the Board of Trustees for First Potomac Realty Trust, a Washington, DC based, publicly traded office REIT. Prior to his tenure with First Potomac Realty Trust, Milkovich held key leadership positions at Spaulding & Slye Investments, a division of JLL, as well as at Goldman Sachs, and Carr America.

“Bob has worked in all aspects of the commercial real estate industry during his career. His vast knowledge of the industry and active participation in the community over the years have helped him to build deep relationships locally and nationally within the industry. His leadership skills and track record will be helpful in operating and growing rand*‘s business in the Metro Washington region as well as other parts of the country,” said Rabbitt, who also announced the promotion of Dave Fletcher and Tim Schmidt to the leadership team as Co-managing Principals of the Metro Washington region.

David Fletcher and Tim Schmidt have held key positions within rand* construction for 24 and 18 years respectively, and have played an integral part in rand*‘s growth and expansion to other cities. Both have deep knowledge of the local economy, the construction industry, and are champions of rand*‘s corporate culture and strategic vision for the future.  In their new roles as Co-managing Principals they will focus on the enhancement and expansion of rand*‘s position in the Metro Washington region.

“We are excited to have Bob join the team. At rand* we take a unique approach to delivering construction services that are centered around collaborative partnerships with our clients, design teams, and subcontractors. And, just as we are committed to collaborating externally, we pride ourselves on our collaboration internally,” said Fletcher and Schmidt, “Bob’s commitment to both rand*’s roots and future align well with our own dedication to advancing rand*’s mission and we look forward to working with him, Linda, and all the creative, innovative, and diversely talent people at rand* in the years to come. We have a great team in place for this exciting next chapter of expansion and growth.”

Headquartered in Alexandria, VA with offices in Atlanta, GA, Austin, TX and Denver, CO, rand* looks to continue to expand its presence nationally in the coming year. The leaders of rand*’s national offices, Mike Clough (Metro Washington Project Operations), Matt Dausch (Austin), Cullen McGuire (Denver), and Steven Stuart (Atlanta) will continue in their roles and as key members of the leadership team.

rand* founder Linda Rabbitt, as Chair of the Board of Directors, will serve as a resource to the new CEO, leadership and management teams as they work to advance the vision and strategies for rand*‘s future. rand* Construction Corporation will remain a privately held woman-owned business with founder Linda Rabbitt remaining the majority shareholder.

About rand*
rand* construction is a general contractor specializing in tenant interiors, building renovations, retail, restaurant and design-build construction services. Founded in 1989 by Linda Rabbitt, rand* has grown from a small interiors firm to a multi-market construction company offering a wide range of services to national and regional clients. Today, rand* has offices in Alexandria, Atlanta, Austin and Denver with annual sales in excess of $300 million. The company’s 30-year history of client-oriented, design sensitive construction services has been consistently recognized by our loyal client base and industry organizations.

Our long-standing relationships with clients, architects, subcontractors and the culmination of our efforts have translated into award winning work. We are honored to be recognized annually by the Washington Building Congress, the Associated Builders and Contractors, and the National Association of Industrial and Office Properties and to have earned over 200 awards in our industry for our quality of work. rand* is also extremely proud to have been recognized since 2004 as a ‘Best Places to Work’ by The Washington Business Journal and The Washingtonian.  rand* was also one of the first companies to participate in the USGBC Pilot Projects in 2001, and with over 60 LEED professionals, are considered to be an industry leader in best practices and BIM technology. We strive beyond our association and community involvement by being an activist for LEED education and making a difference in our community.