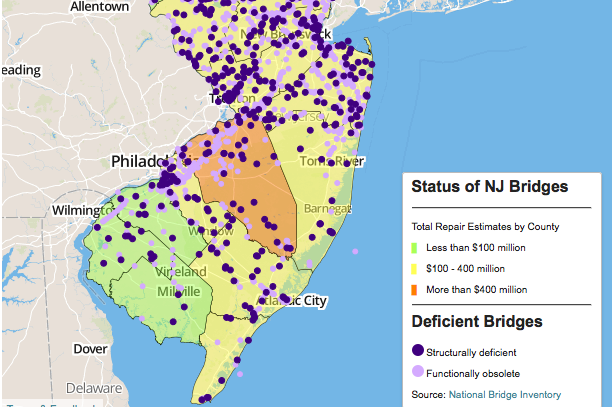 One in four New Jersey bridges is in poor condition or inadequate to handle modern traffic loads, according to an analysis of National Bridge Inventory data.

Of almost 6,600 bridges included in the 2012 inventory, 9.3 percent were rated structurally deficient, meaning they are in deteriorated condition or the waterway opening under the bridge is insufficient. Another 16.3 percent are considered functionally obsolete, indicating they do not meet current standards for lane and shoulder widths or vertical clearances or they occasionally flood. These ratings do not mean the bridges are unsafe, according to federal highway officials, but that they need rehabilitation, repair or replacement.