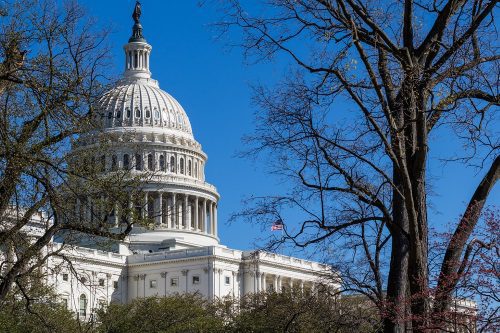 Several new faces are set to take over key Congressional committees in 2019 that affect the transportation industry, especially in the House Representatives, which reverted back to Democratic Party control following the midterm elections on Nov. 6 last year.

The Democrats officially selected Rep. Peter DeFazio, D-Ore., as chairman of the House Transportation & Infrastructure Committee for the 116th Congress on Jan. 4. A longtime member of the T&I committee, who served as its ranking member in the 114th and 115th Congresses, Rep. DeFazio noted in a statement that he plans to be a “tireless advocate” for infrastructure investment that results in job creation, increased economic growth, and decreased emissions.

“I will fight for common sense, comprehensive solutions to address the major issues facing our aging, 20th century infrastructure and champion a smarter, greener infrastructure that helps to reduce carbon pollution, and is more resilient and better equipped to handle the impacts of climate change,” he said.

Rep. Sam Graves, R-Mo., will serve as the ranking member of the T&I Committee for the 116th Congress. He also fleshed out minority staffing for the committee on Jan. 8 to include: Paul Sass as the Republican staff director; Jack Ruddy as deputy staff director; Fred Miller as general counsel; and Justin Harclerode as communications director.

Other key House committee leaders now in place for the 116th Congress include:

Though the Republican Party maintained control of the Senate following the midterm elections back in November, key leadership changes are resulting in new committee chairmen in some cases.

After the Republicans elevated Sen. John Thune, R-S.D., to be Majority Whip, they elected Sen. Roger Wicker, R-Miss., on Jan. 9 to replace Sen. Thune as chairman of the Committee on Commerce, Science, and Transportation. Sen. Maria Cantwell, D-Wash., will now serve as the Commerce Committee’s Ranking Member, replacing former Sen. Bill Nelson, D-Fla., who lost his bid for re-election.

Sen. Wicker also reorganized the commerce committee on Jan. 11 to a degree, naming new chairmen and shrinking the total number of subcommittees from seven to six  in the process:

Sen. John Barrasso, R-Wyo., was unanimously re-elected chairman of the Committee on Environment and Public Works on Jan. 9, with Sen. Tom Carper, D-Del., continuing to serve as the committee’s Ranking Member for the 116th Congress.