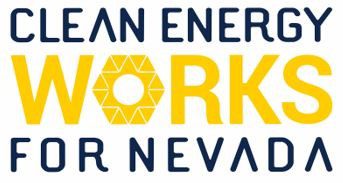 The plan also calls for 100 megawatts of energy storage, helping create a more flexible and clean grid that delivers reliable power that benefits all Nevadans. Earlier in the planning process, the PUCN approved a plan for the utility to spend about $66 million per year on energy efficiency programs through 2021 – a 30 percent increase from previous years. And, in a separate decision today, the PUCN concluded it was cost-effective to set energy storage targets for the state. The determination was made following an investigation prompted by the passage of Senate Bill 204, which passed in the 2017 Legislature.

These regulatory actions send a clear signal that clean energy expansion is a priority for Nevada. In addition to creating thousands of jobs and generating tremendous economic impact, the continued advancement of Nevada’s leadership in this industry will continue to attract innovative energy companies and businesses with sustainability goals to the Silver State.

“Major employers in Nevada have made commitments to invest in energy efficiency and power their operations with renewable energy, and they welcome NV Energy’s move to embrace clean energy resources,” said Anne Kelly, senior director of policy and the BICEP Network at Ceres, a sustainability nonprofit organization working with influential investors and companies. “Today’s decision presents a significant economic opportunity for Nevada to continue to develop its rich renewable resources and accelerate the transition to a low-carbon economy, ensuring that the state remains a beacon for corporate renewable energy investments.”

“The economics of advanced energy are undeniable – projects are penciling at record-low costs while saving money for businesses and consumers,” says Ray Fakhoury, State Policy Manager for the Advanced Energy Economy, a national business group. “The PUCN’s determination is another step in the right direction, ensuring Nevada diversifies its energy mix while improving the state’s regional competitive advantage as an attractive destination for the businesses of all sizes.”

“With the PUCN’s decision on NV Energy’s 2018 IRP, Nevada is making progress on energy efficiency, allowing the businesses of Nevada to save money and bolster their competitiveness, all while reducing emissions,” says Jennifer Kefer, Executive Director for the Alliance for Industrial Efficiency. “We look forward to working with NV Energy in future IRP proceedings to encourage them to promote greater use of clean and efficient combined heat and power (CHP) and waste heat to power (WHP) by offering incentives to support deployment and including utility-owned CHP in its plans.”

About CEW4NV: Clean Energy Works for Nevada is a coalition of businesses and advocates who support a strong clean energy economy for the Silver State.

Comments are disabled
NEXT ARTICLE
Solar Energy to Become a More Attractive Investment than ever in 2019 due to Predicted European Renewable Growth Jump of over 42%
January 4, 2019
PREVIOUS ARTICLE
Corvias Exceeds Renewable Energy Targets Ahead Of Schedule
January 3, 2019