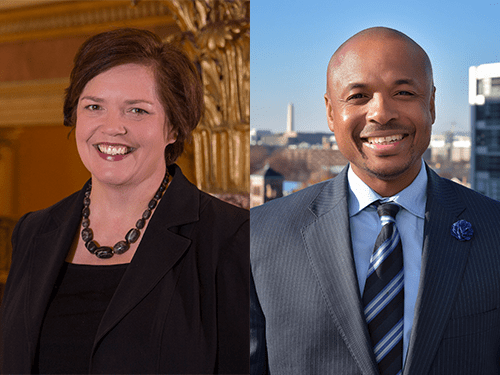 The administration of Minnesota Gov.-elect Tim Walz (D) appointed Margaret Anderson Kelliher as commissioner for the Minnesota Department of Transportation on Dec. 18. She previously served as speaker for Minnesota’s House of Representatives and is noted for helping guide passage of a contentious multimodal transportation funding bill in 2008. Her nomination now awaits confirmation by Minnesota’s legislature.

After losing the democratic primary for governor back in 2010, Anderson Kelliher – who had spent 12 years in state politics, four of them as speaker of house – became CEO of the Minnesota High Tech Association, where she focused in part on growing shortage of skilled workers.

“Minnesota gets high rankings for our tech workforce but, like many states, we face a skilled-workforce shortage,” Anderson Kelliher stressed in an interview with the Minneapolis Star Tribune in November. “We need to continue to grow our world-class, educated workforce to meet current and future demands.”

“The work that we can do together – staff, stakeholders, community members and working with the legislature to ensure a sustainable transportation system for Minnesota’s future needs— is exciting and will require us to build on the legacy of strong investment and create our transportation and transit system of the future,” she explained.

“As I travel across Minnesota, I hear often about the pressing need to repair our crumbling roads and bridges. Margaret understands the importance of addressing the diversity of transportation needs across our state,” noted Gov.-elect Walz in a statement. “She is an accomplished leader who will bring people together to improve Minnesota’s transportation system.”

Lott has served as the senior advisor for shared services within the FHWA’s Office of Administration since May and previously servied as the associate administrator for administration at the Pipeline and Hazardous Materials Safety Administration. His career also includes stints with the leadership team at the Health Resources and Services Administration and services as the chief administrative officer for the U.S. Peace Corps.

Outside of his professional career, Lott works as a National Collegiate Athletic Association basketball referee.