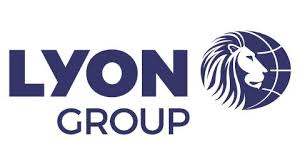 Construction of the first large dispatchable solar generator in Australia’s national electricity market will start in early 2019 after it secured its generator performance standard this week.

The Cape York Battery Power Plant has now cleared its key hurdle and is one of the first renewable generation projects to pass the more onerous grid connection requirements implemented in 2018.

JERA is one of the world’s largest energy companies. Its expanding generation portfolio is currently 74GW, one and a half times Australia’s national electricity market. The world’s biggest gas buyer and one of the world’s largest coal traders, JERA’s procurement of LNG from Australia totalled more than 6 million tonnes in FY2017. JERA is an equal joint venture of two major Japanese electricity companies, TEPCO Fuel & Power Inc and Chubu Electric Power Company Inc.

“The Cape York Battery Power Plant will be the first fully integrated grid-connected large dispatchable solar peaker in Australia if not the world,” said Mr Green.

“Cape York Battery Power Plant is a $150 million commitment to new peaking generation and a stronger grid in north Queensland.

Mr Green said only a truly integrated large battery storage and solar plant can deliver dispatchable solar energy, avoiding grid destabilising voltage and frequency fluctuations, and transitory impacts, by stabilising the power output. This can only occur when a single power plant controller manages the project and power is dispatched through a single connection point.

“Although it’s good to see other products coming into the market to help tidy up the issues created by intermittent solar and wind, prevention is better than a cure.”

“A shift to dispatchable renewables is key to achieving high penetration of zero-emissions generation, by enhancing grid stability and placing downward pressure on the generation and network costs driving Australians’ power bills.”

“Projects like this can reduce grid costs by lifting transmission utilisation, so that network augmentation can be deferred, reduced or in some cases avoided.”

“The configuration of the Cape York Battery Power Plant has been called many things – solar storage, solar peakers, battery power plants or Solar 2.0 – what it means is that, when truly integrated with battery storage, solar can deliver dispatchable clean energy.”

“Weather-dependent renewable energy still has a future in Australia, but dispatchable renewables are far more valuable, and regulatory reforms will lift revenues for high-speed, flexible services.”

“Solar peakers will quickly take the place of gas peakers because their speed of dispatch, lower and more predictable operating costs and by extension lower risk offers unparalleled flexibility.

Mr Green said connection to the grid has become a challenge for renewable energy developers in 2018 due to new requirements and a more rigorous approach by the Australian Energy Market Operator.

“The connection process is challenging, and grid connection delays were a factor in recent market upheaval, but energy developers just need to do better at ensuring projects enhance grid stability.”

Mr Green said the combination of an ambitious Renewable Energy Target and a state Government with a genuine commitment to unlocking value from proven technology was key to minimising power bills and maximising grid stability.

“Energy decarbonisation is a given. Some people just take longer than others to face reality. Most future power will come from solar and wind, so the focus should be on ensuring grid stability and creating the right revenue framework so that the market delivers least cost solutions.

“The regulatory framework must keep up with technology advancement. Unlocking value from proven technology is vital to reduce bills and enhance grid stability.”

Local benefits from the project will include a local grid that is able to sustain continued rooftop PV and other renewables expansion, as well as approximately 100 construction jobs.

JERA’s global generation fleet is mostly fossil fuel powered at present, but the company believes that Australia and most other countries will rapidly move beyond 50 percent renewable energy.

A very large volume of utility-scale battery storage will be required to achieve and move beyond 50 per cent renewable energy.

The Cape York Battery Power Plant is a small power plant within JERA’s portfolio, but we see this project as lighting the way to expand our renewables portfolio.

JERA is delighted with progress on development of the Cape York, Riverland and Nowingi Battery Power Plants, and is looking forward to the Cape York project commencing construction early in the new year.

JERA places overriding priority on continuing to meet its obligation to deliver stable energy while increasing its reliance on solar and wind.

Part of JERA’s motivation in delivering and demonstrating this globally significant dispatchable solar plant is to unlock value from proven technology so we can produce lower cost energy and enhance grid reliability.

JERA has partnered with Lyon because Lyon is the world’s leading independent developer of integrated utility-scale battery storage and renewable generation projects.

JERA’s partnership with Lyon is part of JERA’s commitment to stable, controllable power while decarbonising

As new renewable peaking assets follow Cape York into the Australian market and their flexibility is fully understood, they will quickly become a leading alternative to traditional forms of peaking generation.

Cape York Battery Power Plant (then called Cape York Solar Storage) received its connection agreement from Ergon Networks in December 2017. The generator performance standards for the project have now been agreed with AEMO.

In May 2018, Lyon, JERA and Fluence announced a collaboration agreement to identify and pursue utility-scale battery storage development and investment opportunities in Asia Pacific markets.

Large-scale integrated battery power plants such as Lyon’s can provide many services, many of them concurrently:

In addition to capturing Renewable Energy Certificates and the value of any future emissions reduction scheme, large-scale integrated battery power plants such as Lyon’s are well placed to capture value from future markets rewarding flexible/controllable resources.

JERA is an energy company with global reach that has strength in the entire energy supply chain, from participation in LNG and other fuel resource projects and fuel procurement, through fuel transportation to power generation. Established in 2015, JERA is an equal joint venture of two major Japanese electricity companies, TEPCO Fuel & Power Incorporated and Chubu Electric Power Company Incorporated. JERA’s mission is to supply power and energy on a globally competitive basis, by effectively developing and managing its portfolio of energy chain assets and continuously optimizing its business.

JERA is the world’s biggest purchaser of gas and one of the largest coal traders globally. It has approximately 66GW of power generation in Japan (including generation assets to be succeeded from its parent companies in 2019) and approximately 8GW overseas.

Fluence, a Siemens and AES company, is a global energy storage technology solutions and services company that combines the agility of a technology company with the expertise, vision, and financial backing of two industry powerhouses. Established in 2018, as the successor to industry pioneers AES Energy Storage and Siemens energy storage, Fluence’s goal is to create a more sustainable future by transforming the way we power our world. The company offers proven energy storage technology solutions designed to address the diverse needs and challenges of customers in a rapidly transforming energy landscape, providing design, delivery and integration in over 160 countries.

Fluence has deployed or contracted projects totaling more than 700 MW, spanning more than 70 sites in 17 countries. The global fleet of battery storage systems deployed by Fluence has provided more than 6,000GWh of delivered service to date. Fluence’s team deployed 13 projects in 2018, and are in the process of delivering another 28 projects totaling over 400 MW, including Fluence’s first Australian projects in Ballarat and Port Augusta.