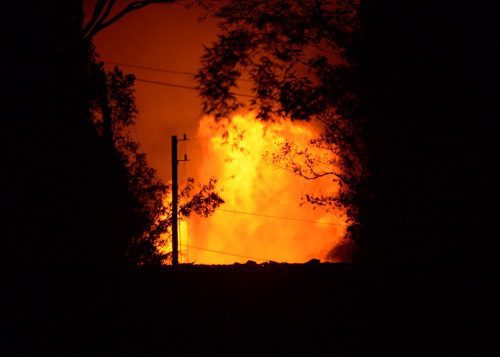 The Hawaii Department of Transportation is continuing to make what it calls “emergency repairs” to Mamalahoa Highway or Route 11 due to earthquakes effects caused by Kilauea Volcano eruptions that began on May 3 and did not taper off until the end of August.

The agency said between April 30 and August 4 this year, the U.S. Geological Survey’s Hawaiian Volcano Observatory recorded approximately 60,000 earthquakes—with 4,400 of those earthquakes measured at a magnitude of 3 or greater and the largest measuring at moment magnitude of 6.9. Those earthquakes caused “rifts” to form under Mamalahoa Highway, which the Hawaii DOT began repairing on Dec. 11.

[Hawaii DOT’s Ed Sniffen described the impact of the Kilauea Volcano and his agency’s response effort to its eruptions on June 8 this year.]

As a result of its repair efforts, the agency said in a statement that it is deploying single lane restrictions through Dec. 19, and those closures will remain in place until a new asphalt layer for the roadway is completely installed.

From July 6 to present, the Hawaii DOT noted that it fixed “subsurface voids” at five locations along Route 11 along with embankment repairs. Further repairs are planned at three additional locations. The agency added that it is using so-called ground “truthing” tests, which use radar and cameras to determine the “true” size and depth of the subsurface voids prior to beginning repairs. It will also continue to monitor Route 11’s roadway conditions via cameras that can viewed at: http://ops.punatraffic.com/