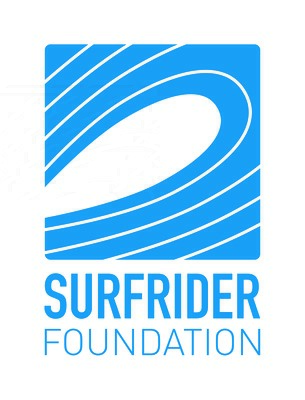 SAN CLEMENTE, Calif. – The Surfrider Foundation today announced the release of its annual State of the Beach Report Card, which grades 30 U.S. coastal and Great Lakes states, in addition to the territory of Puerto Rico, on policies to address climate change impacts, shoreline erosion and extreme weather. The results indicate that the majority of state policies assessed are providing mediocre to poor levels of coastal protection, with some of the lowest-scoring states located in regions that are heavily impacted by extreme weather events. In addition, the trends reveal that while significant improvements are critical, states also need continued federal support for the Coastal Zone Management Act and funding for agencies such as NOAA.

Nearly half of the states assessed scored a D or F, including areas that have fared the worst in recent hurricanes and extreme weather disasters. While the Northeast and West Coast states earned a B average, the Southeast and Gulf of Mexico states collectively scored a D or below average. In the last three years, hurricanes, including Florence, Maria, Harvey and Irma, have devastated communities located in the lowest-graded areas.

“Poor coastal management and climate change impacts, such as extreme weather and sea level rise, are significantly shrinking our nations’ beaches,” said Surfrider’s Coastal Preservation Manager, Stefanie Sekich-Quinn. “The Surfrider Foundation’s State of the Beach Report Card aims to raise awareness about coastal threats, empower citizens to work with decision-makers, and provide recommendations to improve local responses to coastal erosion and sea level rise. As the report reveals, many states hit hardest by extreme weather and climate change are the least prepared and it is vital that states take action now to protect our nation’s coastal resources for the future.”

About 40 percent of the U.S. population lives along America’s coastlines and the ocean economy contributes more than $352 billion to U.S. GDP annually. However, coastal erosion already causes approximately $500 million in coastal property loss annually in the U.S. In addition, scientists predict that sea levels could potentially increase up to six feet by 2100, which would severely impact coastal economies, public access, recreation and healthy ecosystems.

Surfrider’s State of the Beach Report Card evaluates the performance of U.S. states and the territory of Puerto Rico against criteria across four major categories, including sediment management, development, coastal armoring and sea level rise. Each state is assessed on policies, regulations, planning and implementation based on existing literature, online resources, communication with coastal zone management agencies and local monitoring by the Surfrider Foundation network. Since Surfrider released its inaugural report card in 2017, five states have made improvements to coastal policies, with advancements in sea level rise planning and coastal resiliency in light of climate change.

About Surfrider Foundation
The Surfrider Foundation is a non-profit grassroots organization dedicated to the protection and enjoyment of our world’s oceans, waves and beaches through a powerful network. Founded in 1984 by a handful of visionary surfers in Malibu, California, the Surfrider Foundation now maintains over one million supporters, activists and members, with more than 170 volunteer-led chapters and student clubs in the U.S., and more than 500 victories protecting our coasts. Learn more at surfrider.org.