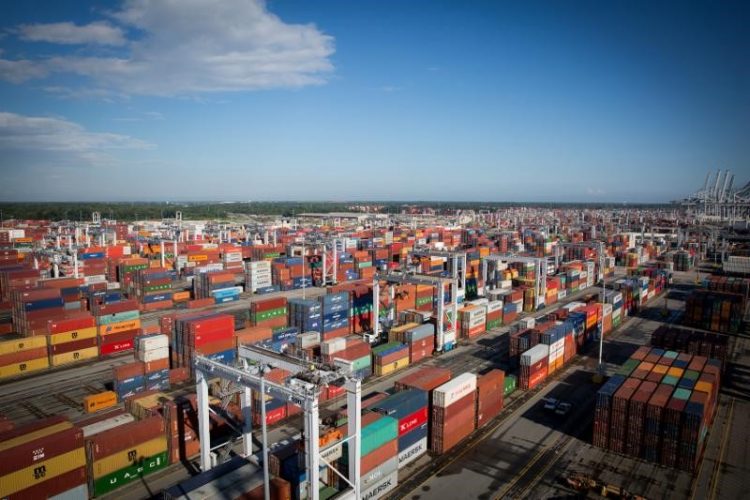 SAVANNAH, Ga. – The Georgia Ports Authority is on track to reach 4.36 million twenty-foot equivalent container units handled in 2018, its highest volumes ever in a calendar year. The performance would mean an increase of 8 percent (312,385 TEUs) compared to CY2017.

For Calendar Year 2018 through November, the Port of Savannah has handled 4 million twenty-foot equivalent container units, up from 3.72 million over the same period last year. Containers currently booked for December will add approximately 362,000 TEUs to the annual total.

It is the 25th consecutive month the GPA has posted positive year-over-year growth.

“Every additional container we move means new business in trucking, rail and warehousing,” said GPA Board Chairman Jimmy Allgood. “The ripple effect of the success at Georgia’s ports means additional jobs and income coming to our neighbors and communities across the state.”

Port officials predict brisk container business at the Port of Savannah moving into 2019. Several vessel calls were rescheduled from the end of November to the beginning of December. Combined with planned December trade, this should result in strong numbers to round out the year. Additionally, many carriers are expected to make above-average cargo exchanges in January ahead of the Chinese New Year celebration, which begins on Feb. 5.

November was also a busy month for trade in autos and heavy machinery. The GPA handled 59,297 units of Roll-on/Roll-off cargo last month, an increase of 12,135 units, or 25.7 percent. Colonel’s Island Terminal at the Port of Brunswick led the growth, adding nearly 12,000 vehicles to its total from November 2017.

“With the largest terminals in the nation for both container and Ro/Ro cargo, the ports of Savannah and Brunswick have a greater capacity to grow along with our customers,” Lynch said. “The result is superior reliability as port users build up their businesses to satisfy increasing demand across the Eastern U.S.”